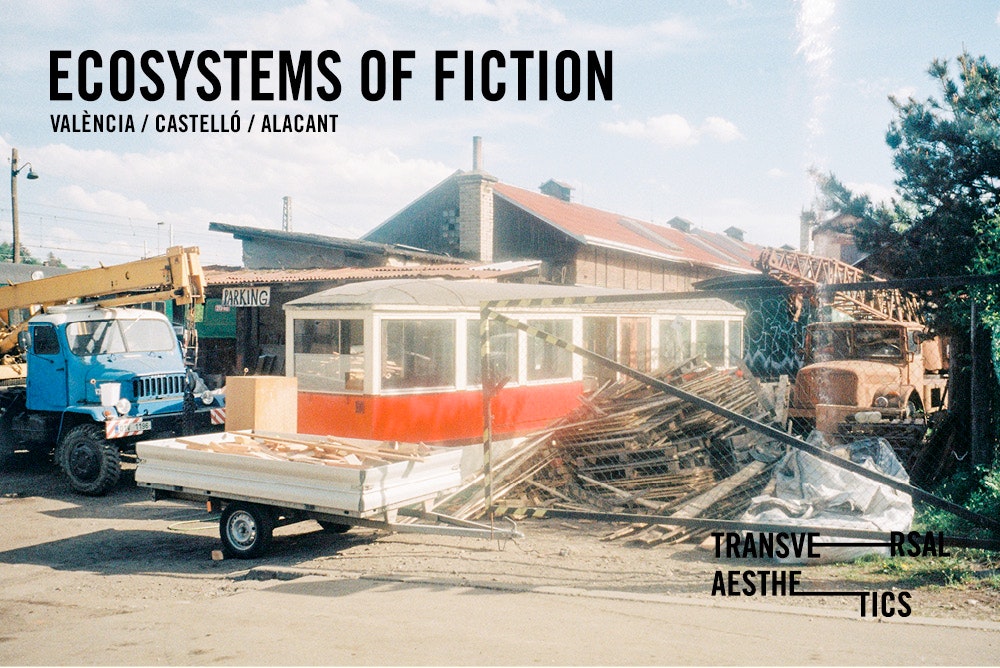 Transversal Aesthetics - Ecosystems of Fiction is a project by Idensitat + Consorci de Museus de la Comunitat Valenciana developed in València, Castelló and Alicante on the basis of an open call for two residences (València and Alicante), and a production workshop with an invited artist in the context of Castelló. The València and Alicante residences will be offered to artists or collectives interested in developing a project within the contexts proposed in the terms of the open call, using available work spaces at Centre del Carme Cultura Contemporània in Valencia and Centre Cultural Las Cigarreras in Alicante. The residencies’ duration will be two months between April and June 2020 (Alicante), and September and November 2020 (València), to be decided between the artist/s and the organising bodies. The objective of both residencies will be to realise a site-specific project, connected to the ongoing theme of Ecosystems of Fiction activated by IDENSITAT and the Consorci de Museus de la Comunitat Valenciana. The production workshop developed in Castellón by an invited artist will take place in June 2020, and will be open to public participation.

INTRODUCTION
Transversal Aesthetics is a vehicle for experimentation with art, education and social space, representing a meeting-place between artistic practices as a platform for critical research; educational activities as a platform for the production of content, interaction and knowledge transfer; and the urban context as a platform connecting specific themes of work with a specific active social space surrounding them. This vehicle achieves its realisation within medium-sized urban spaces, which act as generators of social, cultural and environmental spaces on the boundaries between rural and urban. The project is founded upon the cross-disciplinary scope of art, in order to make the connection between experiences and activities, impacting upon unique components based on common themes and strategies shared among various participating agents and bodies.

ECOSYSTEMS OF FICTION 2020
Ecosystems of Fiction sets out to explore the tensions, paradoxes or connections between the imagined realities and fictions which at one and the same time define and blur the landscape within the proposed contexts and their urban and social settings. This exploration starts out with a look at rivers, and the various interpretations of their characteristics (natural, social, landscape, political, etc.) as components which both outline and blur the boundaries between rural and urban. The projects chosen by open call must explore specific contexts in Valencia and Alicante, taking as their subject-matter the desires, expectations and projections of the inhabitants of these contexts, and their social and urban stories.

COMMON SETTINGS: THE RIVERS
Transversal Aesthetics is a project which has already been developed in various geographical contexts such as Navarra, Catalonia and the Valencian Community, based upon the conceptual premise of Fiction, and upon a series of settings common to each context; rivers. Water (or its absence) will negotiate and reveal various imaginary or fictional visions typical of the locations in which the project will be developed; Valencia, Castellón and Alicante, in collaboration with the Consorci de Museus de la Comunitat Valenciana, the Centro Huarte de Arte Contemporáneo in Navarra, and other arts spaces in Catalonia.
The settings to be explored in Castellón, Valencia and Alicante are three rivers lacking water or with fluvial intermittency:
- The old and new channel of the Túria, in any of its sections
- El Riu Sec in Castellón (Not within the open call, by invitation only)
- El Riu Sec in Alicante, in any of its sections
The specific research locations within each context will be defined by the selected project.  These three settings share the fact that the river-water is not usually visible, in one due to a diversion, and in the other two because water gathers during spells of rain. The absence of water in such a natural urban structure as a riverbed yields symbologies, imagery and interpretations (social, urban and political) which will take centre stage in the three locations in which the project will take place. In addition, the remembrance of this water, and the powerful presence of its physical tracery, establish a special relationship that can be approached from the perspective of fiction, such as dystopian narratives or imaginary realities, from imagining other possible ecosystems related to current situations, to analysing an existing ecosystem in order to create or fictionalise alternative realities. An opportunity to use the imagination of utopia, dystopia or heterotopia, using those components which the context offers.

OPEN CALL TERMS AND CONDITIONS
This is an open call to select two projects for artistic residences of two months duration in Valencia and Alicante. The projects presented must be based upon the proposed research framework, and the working space, and the space in which the project’s results will be presented, must be those proposed by the project, i.e., in Valencia, the Centre del Carme Cultura Contemporània, and in Alicante, Centre Cultural Las Cigarreras.
The results generated in this project will be presented publicly as results produced within the framework Ecosystems of Fiction.

WHO IS IT AIMED AT?
The call is aimed at artists or groups of artists who may be interested in the proposed social contexts, and in the proposed theme. Applicants must have some fluency in Spanish or Valencian. A project will be selected for each location.

WHAT IS OFFERED
The selected proposals will have the following benefits (taxes included):
- 2,400€ in fees
- Travel cost to and from the residence up to a maximum of 400 euros.
- A maximum of 1,600 euros in production and presentation of results, which will be managed together with the organization and justified by invoices.

Payment of fees will be realised in two tranches, 60% at the beginning of the residence and 40% before the end of the residence, after due clearance has been observed. Production costs must be examined and cleared by the organisation.  Projects realised by a collective will be paid the same fees as for individual artists. Under no circumstances will project fees be increased on account of a single project being realised by more than one artist, although their work will be jointly credited.

The accommodation for an artist (or a representative in the case of groups) is covered by the organization. If the project is developed by more than one person, the rest of the components will be managed by the collective. Work-spaces are situated in one of the collaborating facilities: Valencia - Centre del Carme Cultura Contemporània and Alicante - Centre Cultural Las Cigarreras.

DOCUMENTATION TO SUBMIT
Proposals should be sent in digital format using the specific form, filling in each of the fields, and attached in a single document using PDF format (maximum 8 gigabytes), which must include:
- Proposal / pre-project: a written document defining the basic lines of the project (3-4 pages), indicating a methodology of work which takes into account the elements indicated above and the budget according to the proposal presented.
- A maximum of 10 images of previous work and/or work related to the proposal, to facilitate understanding of the project.
- CVs of all project members, specifying one representative in the case of a group application, or an individual CV, in the case of individual application.
- Contact details (name, telephone, e-mail and postal address).

The call is open from January 15th to February 21th, and the selection panel’s final decision will be announced at the end of February 2020.

DATES
The project will be carried out on the basis of a two-month residency, to be developed in:
- Alicante, April - May 2020
- Valencia, September - November 2020
These dates may be altered, according to the needs of the selected projects and the promoting organisations. The spaces made available for presenting results and for holding project-related activities are Centre Cultural Las Cigarreras in Alicante, and the Centre del Carme Cultura Contemporània, and public activities and public actions are subject to the centres' regular scheduling. There are no plans to mount an exhibition, but instead, there will be a short presentation of the projects’ results.

COMMUNICATION
Selected projects should mention in their offline and online communications, websites, social networks and other channels and platforms that they form part of IDENSITAT’S programme TRANSVERSAL AESTHETICS - ECOSYSTEMS OF FICTION, with the Consorci de Museus de la Comunitat Valenciana and the collaboration of Centre del Carme Cultura Contemporània in Valencia and Centre Cultural Las Cigarreras in Alicante.

BACKGROUND
Transversal Aesthetics was created as a "hothouse" of projects linked to medium-sized towns, and their cultural facilities. The programme has been developed in different towns within the Catalan context (Manresa, Badalona, Vilanova i la Geltrú, Mataró, Avinyó) and in Navarra, in the towns of Huarte, Burlada and Villava, thanks to the collaboration of the Centro Huarte de Arte Contemporáneo, where Ecosystems of Fiction was developed in parallel. During 2018 and 2019 Transversal Aesthetics – Ecosystems of Leisure was carried out by IDENSITAT and the Consorci de Museus de la Comunitat Valenciana, deploying a series of actions that explored the concept of leisure from the perspective of art. 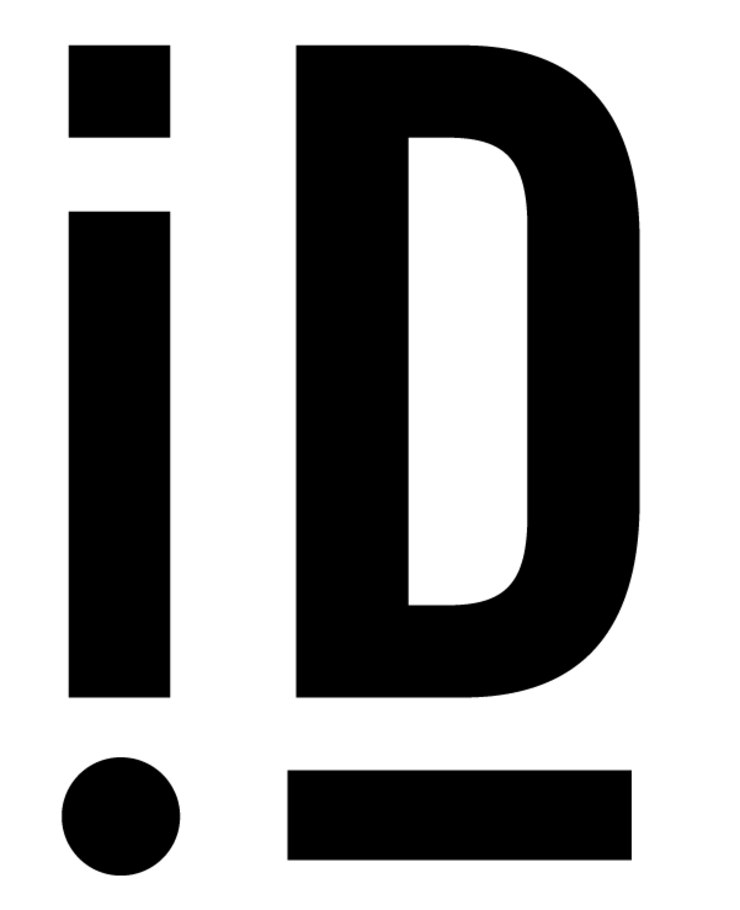 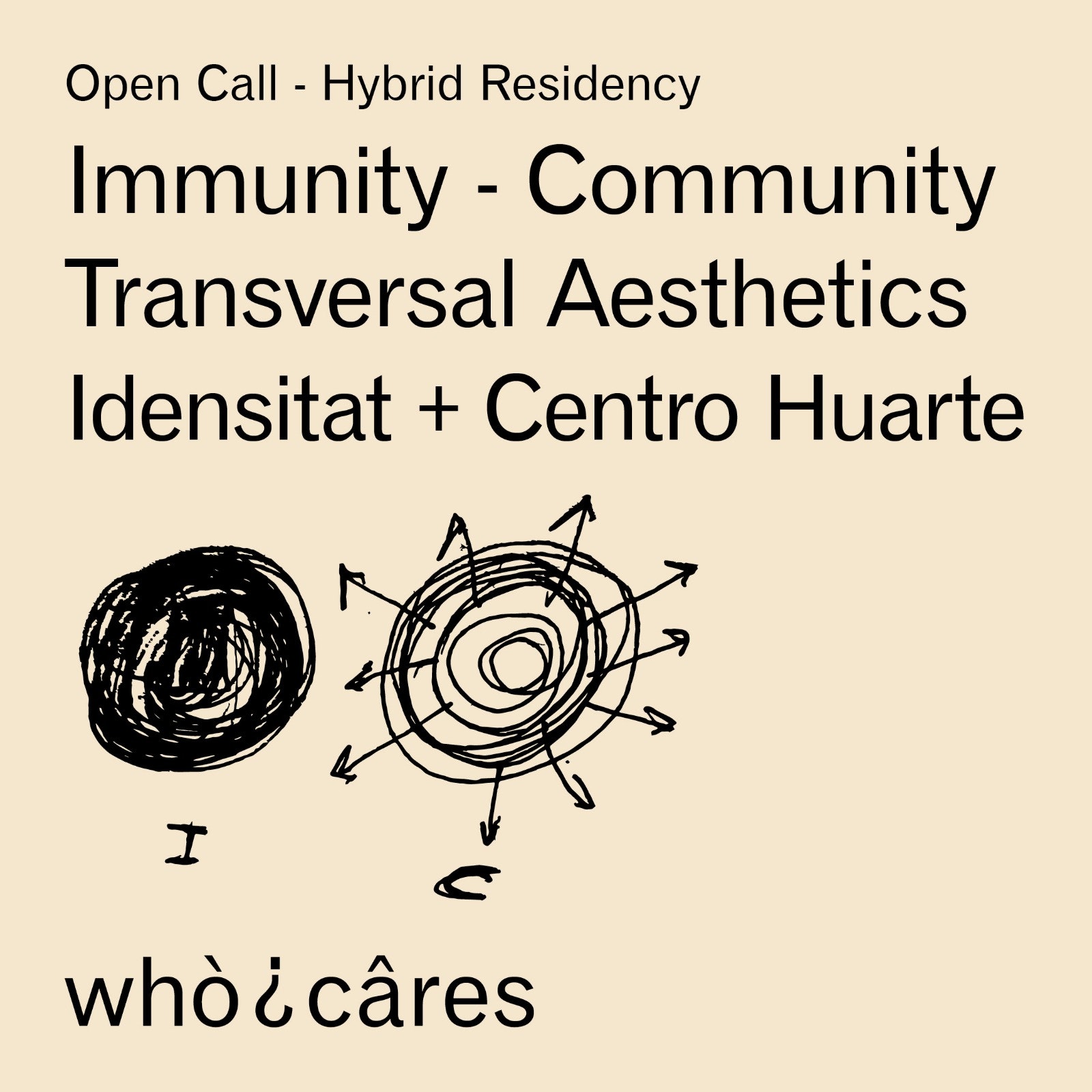 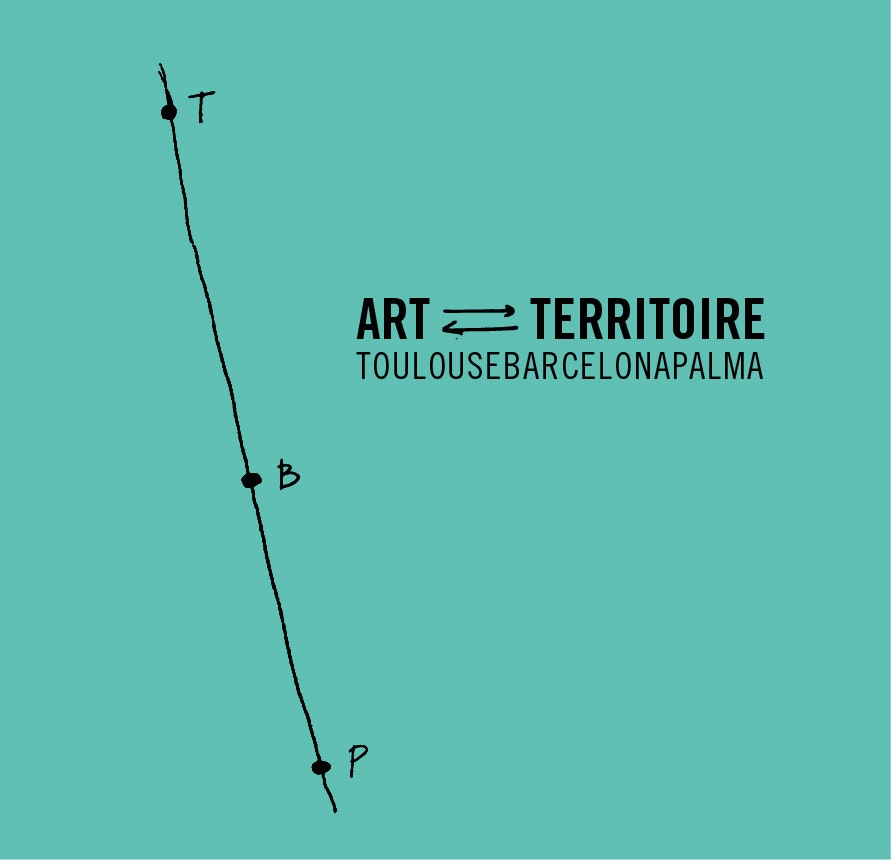