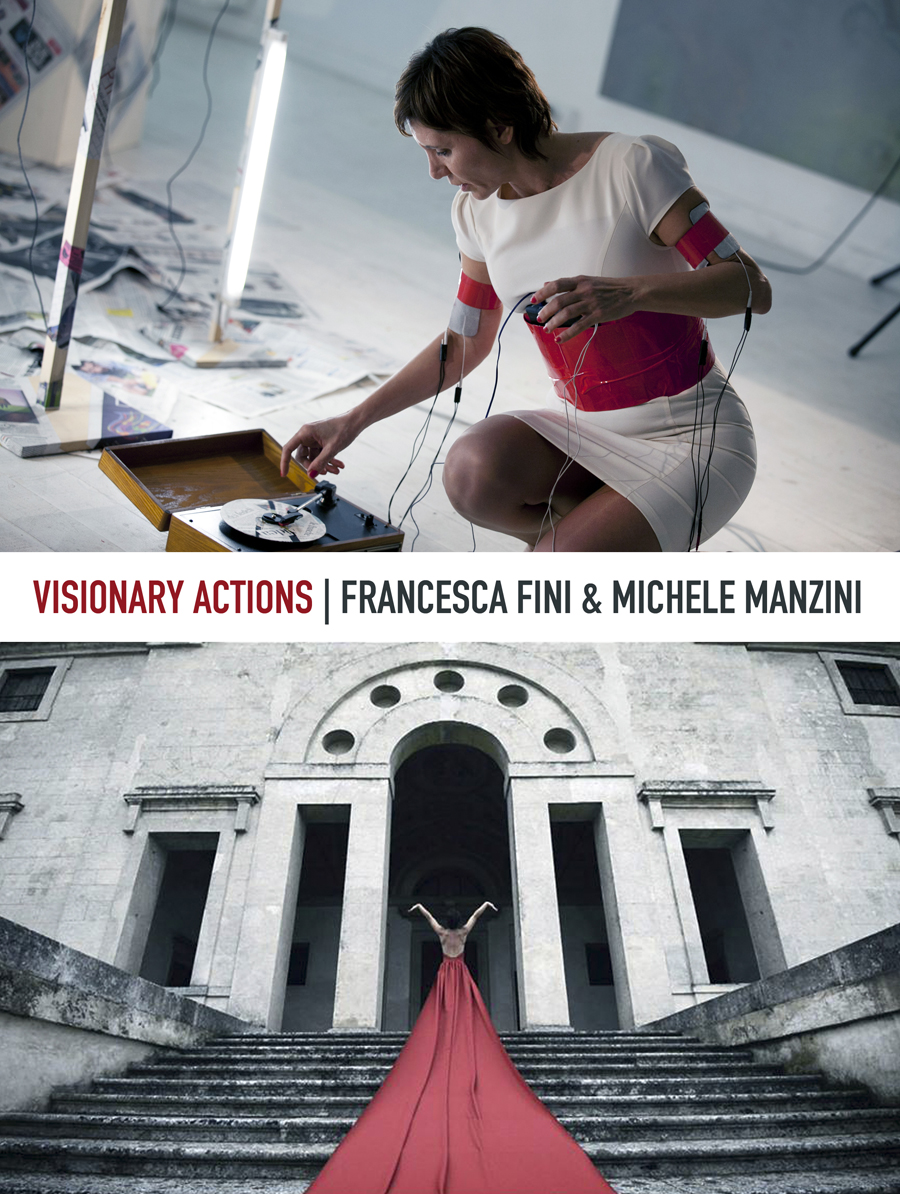 Rocca Sinibalda Castle, Italy
May 31 – June 6, 2020
for 20 participants
Final event open to the public: June 6
Talks open to the public: June 1, 4 and 6
Applications will be accepted until April 10 and should be sent by filling in the registration form.
http://www.castelloroccasinibalda.it/en/projects/endecameron-workshop/
Cost: 700E (VAT excluded)

Performance art and its video narrative, intended not solely for documentation, but as a cinematic reinterpretation, are becoming increasingly interdependent. Drawing energy from each other in a co-creation, they blend into a hybrid of the two art forms. The outcome is an original work of videographics in its own right, which uses performance art as a starting point, but goes on to reinvent it.
By the same token, video art can become an important component of live performance. This is evidenced by the growing success and diffusion of live media works, artistic collectives and festivals.

The Visionary Actions Workshop, open to a maximum of 20 participants, is the first co-creation laboratory in Italy to work on both performance and video art forms at the same time. It is co-ordinated by two internationally renowned artists that have extensive experience working in both art forms.

The workshop will take place in Rocca Sinibalda Castle, a national heritage site and the only zoomorphic castle in Europe. The castle boasts a cycle of Renaissance frescoes, hosts important art collections and is home to the annual Endecameron artistic residency program. The castle is located in the Lazio Region, just over an hour from Rome.

The 20 selected resident candidates will be divided into groups coordinated by Francesca Fini (performance art module) and Michele Manzini (video art module). For the first two days, each group will work separately on the specific activities of each module. On the following days, the two groups will come together and begin working jointly on an intense co-creation laboratory whose final aim is the production and completion of 10 original video-performances. The works will be exhibited on the final day of the workshop in an event open to the public.

Activities:
• tutorship and co-creation laboratory lasting 7 days
• each participant will produce one work of his/her own and one work together with a performer/videoartist.
• 3 inspirational talks given by international artists
• exhibition/event of works at the castle

Accomodation (included in the 700E fee):
• 6 nights in shared rooms at hotels and b&bs located in the small village of Rocca Sinibalda
• tuition, co-creation laboratory, and talks
• lunches and coffee breaks

Not included in the price are breakfasts and dinners, materials and equipment, and transportation to Rocca Sinibalda. Participating local restaurants and coffee shops will apply discounts. Should enough participants request it, we can organize transportation at special rates from Termini Station in Rome or from Fiumicino Airport.

Qualifications for participation:
• The laboratory is intended for adult performance and video artists who have already produced works of performance and video art. Documentation and examples of previous works will be requested on the application form.
• Artists participating in the performance art module, led by Francesca Fini, will need to bring comfortable clothes and shoes for the activities and at least two monochrome outfits (white and black) consisting of trousers/skirt and T-shirt.
• Artists participating in the video art module, led by Michele Manzini, will need to bring their own video and audio taping equipment and their own laptop with editing software. The castle will set up the necessary working spaces for each group, but will not be able to provide the equipment.

Up to 20 participants will be selected, 10 for each group. Applications will be accepted until April 10, 2020.
Applications can be sent by filling in the form online.

Francesca Fini (Performance Art module)
Francesca Fini is an interdisciplinary artist who has been active for years in the blurry zone where the two art forms blend. It is in this area that she has distilled her unique personal synthesis in contemporary performance and video-performance art forms. She has exhibited her work at the MACRO and MAXXI Museums in Rome, at the Bilbao Guggenheim, at the Schusev State Museum of Architecture in Moscow, at the Tese dell'Arsenale in Venice, at the Georgia Institute of Technology, and many other prestigious venues. She performed in Toronto at the FADO Performance Art Festival, in Chicago at the Rapid Pulse Festival, at Belo Horizonte at the FAD Festival De Arte Digital, in San Paolo and Rio at the FILE Electronic Language International Festival, Madrid at the IVHAM and Proyector Festival, in Mumbai at the Kala Ghoda and in Tokyo at the Japan Media Arts Festival. In Venice, she took part in the first Venice International Performance Art Week, held in the impressive spaces of Palazzo Bembo. In 2014 and in 2016, she was chosen by Bob Wilson to participate at the New York Watermill Center’s artistic residency program, and was subsequently invited to the Milan Triennial for an Illy Art Lab Watermill event. In 2018, she participated in the Endecameron18 artistic residency program at Rocca Sinibalda Castle. She is based in Italy, but exhibits, researches and works all over the world. In 2016, she completed her experimental film Ofelia non annega (Ophelia doesn’t drown) with Istituto Luce Cinecittà, which was included by Adriano Aprà as one of the best Italian films of the last decade. La Treccani Encyclopedia has cited Francesca Fini under the newly-created heading cyber-performance as one of the most important Italian artists.
Francesca Fini website: https://www.francescafini.com/

Michele Manzini (Video Art module)
Michele Manzini was born in Verona in 1967. He has been seeking for years to define images that propose instability and conflict as non-resolved elements. His work involves using a wide range of media including video, photography, installations, writing and performance. He has exhibited his work in numerous shows and spaces both in Italy and abroad, such as; the Italian Institute of Culture in Prague in 2009, the MAXXI Museum in Rome in 2009, the SUPEC in Shanghai during Expo 2010 and at the Venice Biennial in 2011 and 2013. His videos have been chosen for important International shows and projected at the Saitama Arts Theater (2015), the Perez Art Museum Miami (2016), the Lincoln Center for the Performing Arts in New York (2016), the ZKM in Karlsruhe (2017), the Nevada Museum of Art (2017) and Whitechapel Gallery London in 2017. He has published several essays and books including Il paesaggio e il suo mito (Landscape and its myth), Editions de la Villette, Paris in 2002; and Mescolanze(Blends), Edizioni Kn-Studio in 2011. In 2009, he won the Terna Award for contemporary art and has won several awards and special mentions at video art, video performance and experimental film festivals.
Michele Manzini website: http://www.michelemanzini.com/

Rocca Sinibalda Castle. Built in around 1080 and completely re-designed by Peruzzi in 1532-36, designated a Grade 1 national heritage site since 1928, Rocca Sinibalda Castle is an extraordinary palace-fortress rather unique in all of Europe. Simultaneously abstract and animalistic, cubist and zoomorphic: “it is an abstract geometrical creation, a building that appears to be cut by sword” (Zander, 1955), but also an architectural representation of an eagle with folded wings for some, or for those with a more vivid imagination, a sinister scorpion. Contradiction and paradox are deeply-rooted in the castle’s identity. Intensely Medieval, it is also highly Renaissance in architecture. While Gothic, it is also rational. Dark, but also light. A potent instrument of war, but also a stately noble palace. It is sober, severe, and at times harsh, yet decorated with Mannerist frescoes rich in classical culture and grotesque paintings full of whimsy and wild imagination. It is the castle of metamorphosis, where forms, volumes and spaces, both internal and external, images and lights, the peculiar collections, and the various and unusual internal passageways invite the rejection of simplicity and a desire for change. In 2014, it won the prestigious International Architecture Award from the Chicago Athenaeum Museum of Architecture and Design, for the restoration work directed by the architect Claudio Silvestrin. Since 2018, it has hosted the Endecameron artistic residency program which as of this year will be enriched with an innovative workshop.
Attached to this document are just a few pictures of the Castle, that could be the natural scenography of the video works that will be produced during the residency. 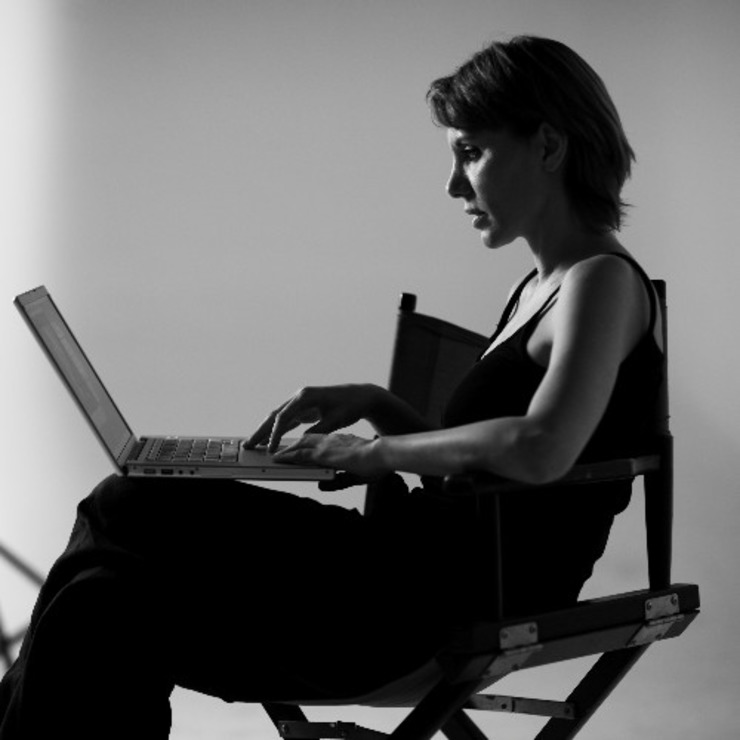