Three radical experimenters, dancers and choreographers, Valentin Tszin (Moscow), Sung Kuk Kang (Seoul) and Yuko Kaseki (Tokyo/Berlin) will make a collaborative workshop for the first time in Berlin.
These artists are different in physicality, history, geographical location and nationalities. They will share their own methodology of movement, influenced by Butoh, physical theatre, contemporary dance, performance art and improvisation. And there will appear a brand-new form through blending their ideas in this special workshop.

Valentin Tszin will focus on his "Theatre of Radical Levels" method which is based on the distinct division into five elements: orthodox, relative, illusion, iteration and naivety. In contiguity of these five elements of natural artistry there occurs a positive conflict which lets out the source of radicalism of one's "levels".
Sung Kuk Kang shows his special existence, movement and dramaturgy. Participants will be encouraged to discover their original dance.
Yuko Kaseki's basic training on Butoh method, Noguchi Taiso, Tai Chi Dao-in aims to open awareness of inner and outer world and to realize permeable body. Playful and original movement will be encountered through elemental improvisations with time and spaces.

Workshop presentation will be shown on the last day.

Sung Kuk Kang
The only one disabled artist in Korea who performs and dances.
He majored in advertisement and public relationships and began to work as a performer in 2005 and a dancer in 2006. Sung Kuk Kang presents about 30 performances every year. He has started his career as a director and a choreographer in the project ‘Performance dance drama, IF’ in 2013. It was his first time to direct non-disabled professional dancers. He tours around the world with the performance "Brother" together with Nam Jin Kim, a choreographer of the Belgium dance troupe. Sung Kuk Kang wishes to learn from many activities in other countries and to make his career, so that he could contribute to Korean culture which is very poor in arts of the disabled.

Yuko Kaseki Butoh dancer, improviser, performer, choreographer and teacher in Berlin since 1995. She co-founded the dance company cokaseki in 1995 and have been involved in various projects with musicians and visual artist. She challenges to break the border of abilities. Solo and ensemble performances, improvisations are performed throughout Europe, Russia, Japan, Taiwan, Korea, Malaysia, Thailand, Canada, Mexico, Uruguay, Argentine, Australia and the USA. These works are physical performance that incorporates Butoh, contemporary dance, object design, texts, and soundscapes. She performs and organizes improvisation series “AMMO-NITE GIG” (Vol.1-46 and on going) with international performers and musicians since 2004.
Collaboration with inkBoat (SF), CAVE (NY), Isak Immanuel/Tableau Stations (SF), Theater Thikwa (Berlin) and improvisation duo KAYA with Antonis Anissegos (Berlin), Salad theater (Seoul), and others.
http://cargocollective.com/yukocokaseki 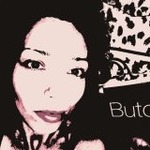