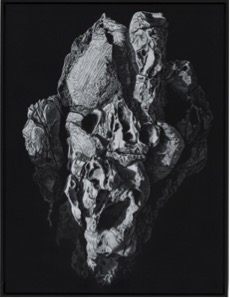 WHITECONCEPTS is pleased to announce Franziska Rutishauser’s first solo exhibition with the gallery.
Franziska Rutishauser‘s oeuvre is influenced by physical, philosophical and aesthetic developments of our time. In taking care new knowledge about our universe, her paintings, drawings and photographs can better be understood in its total entirety. In this exhibition works of three large cycles are presented which are directly related to currently discovered insights in physics.
The four selected oil on canvas paintings which are part of the series „Dark light matter“ date from 2010 until 2014. Their title is related to the concept of “dark matter”. In integrating the word “light” the artist plays on words and meanings. Today’s scientists believe that the “dark matter”, the absolute and relative darkness in universe, keeps in itself about a quarter of the energy of the non-lightning and therefore for a human being non-visible material. With “light” the artist points to the fact that there is something even in the assumed naught. Only the human eye is not capable of recognizing this element. An accumulation of driftwood in “Nest – Dark light matter”, which the artist has discovered, transforms into an image of the universe, leaves of plants in “Calm 1 and 2 – Dark light matter” obtain a special aesthetic because of the strong light shadow contrasts so that the viewer can associate animal and human forms with them.
These associations also appear in the second large cycle in the exhibition. In the “Berliner Sandberge” (Sand Mountains of Berlin) – a series of 83 photographs in total from 2012, out of which the artist has made a selection of twelve light boxes and two imprints – Franziska Rutishauser makes something visible to the human eye which exists without being obvious. When the artist explores the ground of the former barracks in Berlin-Karlshorst, she discovers numerous formations in the sandy terrain which remind of human structures. The documentation of the construction site turns into a symbolic trip for the native Swiss and newly settled in Berlin artist. “Berlin is not a house” – she explains – “It is a plate, without protecting borders. A huge flat urban region, built on sand. A place of permanent changes.”
The last cycle „Anthropomorphisms“, eight drawings from 2010, impresses again by its precision in the visualization and by the strong black and white contrasts. It relates to forms in nature, mostly found in Southern France, in which faces and human fragments of the body seem to be hidden. Once more Franziska Rutishauser makes the invisible visible. She presents images to the visitor of the exhibition which are not only pictorial but also sensually perceptible.

The Swiss artist Franzsika Rutishauser (* 1962 in Münsingen) works and lives in Berlin since 2010, besides her studios in Berne and Nice. Since that year a remarkable body of paintings and photographs arose which deals with its direct natural surroundings. This year she has another solo exhibition at the Kunstverein Solingen and participates at further exhibitions in Berne, Karlsruhe and Bad Salzdetfurth. Her monograph of works from 2006 until 2014 has just been published by the publisher Kerber in Bielefeld and can be purchased in the gallery. 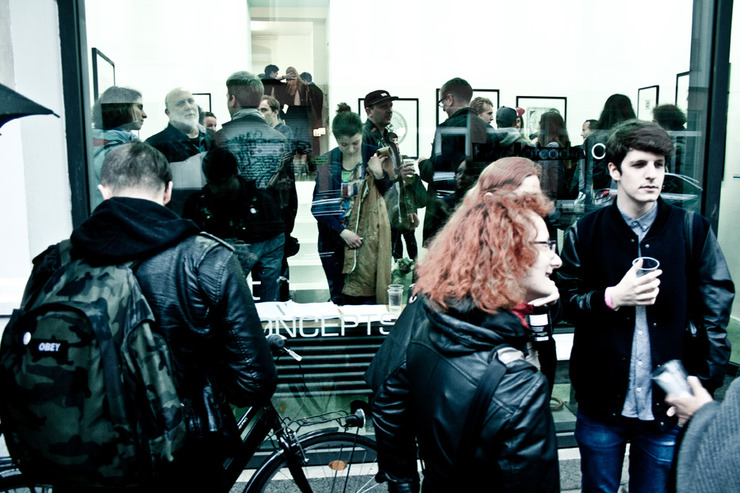