Material
As a woman throughout all my life I’ve learnt how exactly I am supposed to deal with plates.
As an artist working on this project I’ve rediscovered this familiar material and found out that the plates are not only what they seemed to be.
I found plenty of them at the abandoned ceramic factory in the North of Spain. They stuck in the very special state of transition: already not a clay, but not yet an enamelled and completed table ware. Thus their function could be redefined by certain interaction. With this purpose I did several visits to the factory.

Performance
Instead of carrying the plates with my hands I decided to walk on them with my bare feet. Once I put them in tall pillars they ceased to be just plates. Slight touch was enough for them to start shaking, vibrating and shifting. The taller the pillars got the more they demanded from me. I had to adjust my touch and pressure, to observe angle of tilt, to listen their shiver. Standing on them, trying to find a perfect balance, I was learning how to unite with the plates.
The exact moment of accomplishing the walk was captured in one of the pictures. I’d just jumped from the tallest pillar out of the picture frame, so that pillars had their own solo. Through observing distortion and transformation of the material, we have the chance to imagine what is hidden behind familiar and simple plates.

Sound
During the performance I recorded sounds with binaural microphones which were located in my ears. It means that listening to the audio-compositions build up from recorded sounds let you hear it the same way if you were me walking on plates at the abandoned factory.

Walk of Plates was developed during 4-week Just Mad Art Residency in Spain and later on became part of group exhibition at Just Mad Air Fair in Madrid.

Projects was displayed as unity of three:

The events took place on January and February 2017. 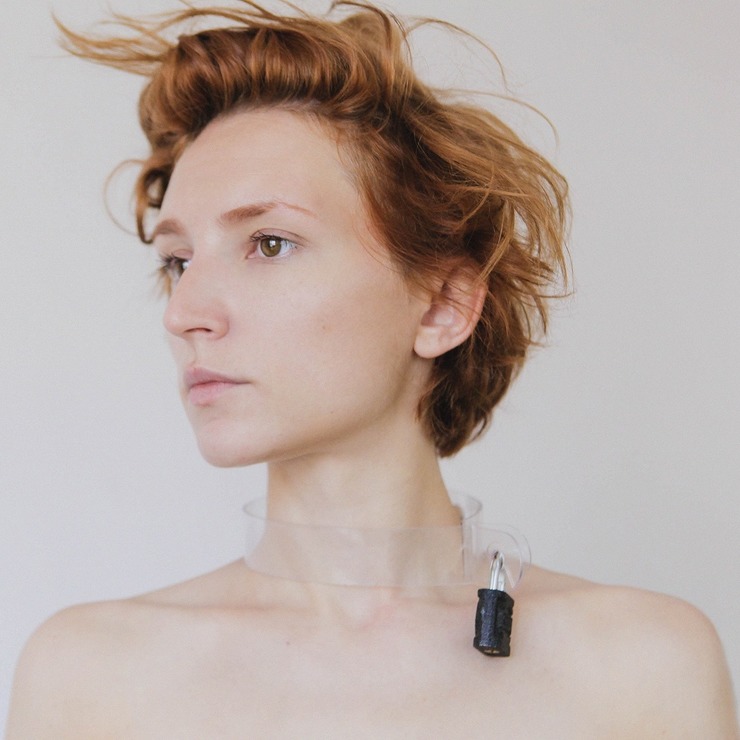