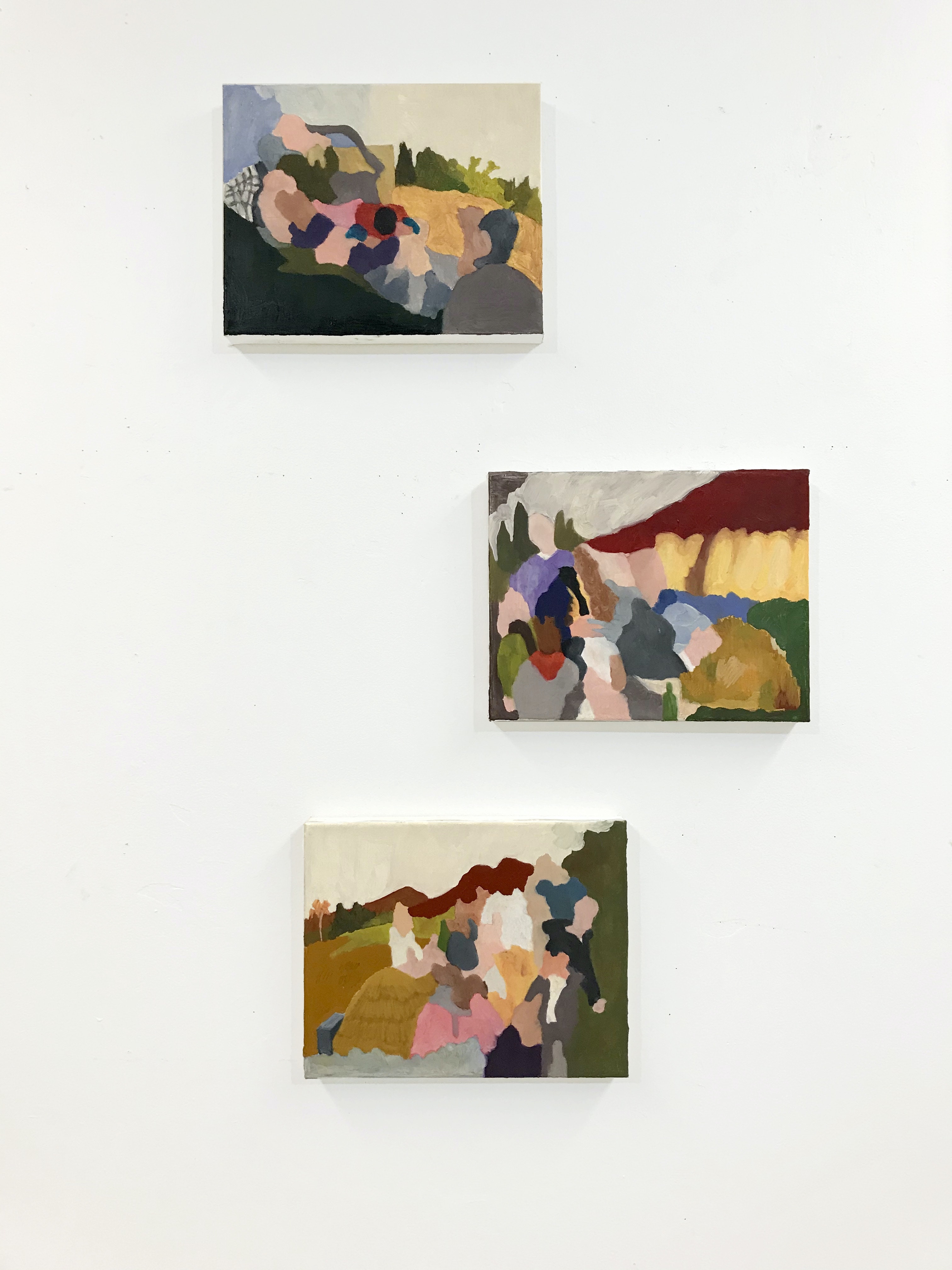 Kim’s works recount memories of everyday encounters such as sceneries, movies, and books. With ordinary scenes and popular images as his source, the artist constructs a subjective archive.

Work, the result of a 2 year-long project, is the artist’s record of contemporary culture. Each work is an interpretation of a popular image, such as the famous dancing scene in the Academy- winning film La La Land, the scene in Haruki Murakami’s novel 1Q84 in which the protagonist looks up at the moon, and the lamppost in the C. S. Lewis series The Chronicles of Narnia.

Kim's works show simplicity, sincerity, and authenticity like Milton Avery and Philip Guston. The materials he uses; oil pastels and oil sticks give viewers intimate feelings. This work shows how contemporary film and literature with distinct characteristics are reduced down to uniform colors when processed through a consumer. 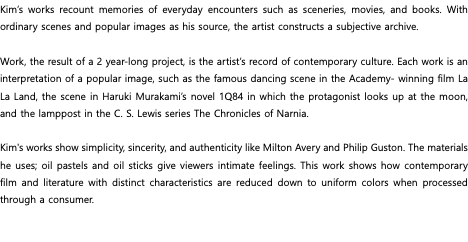