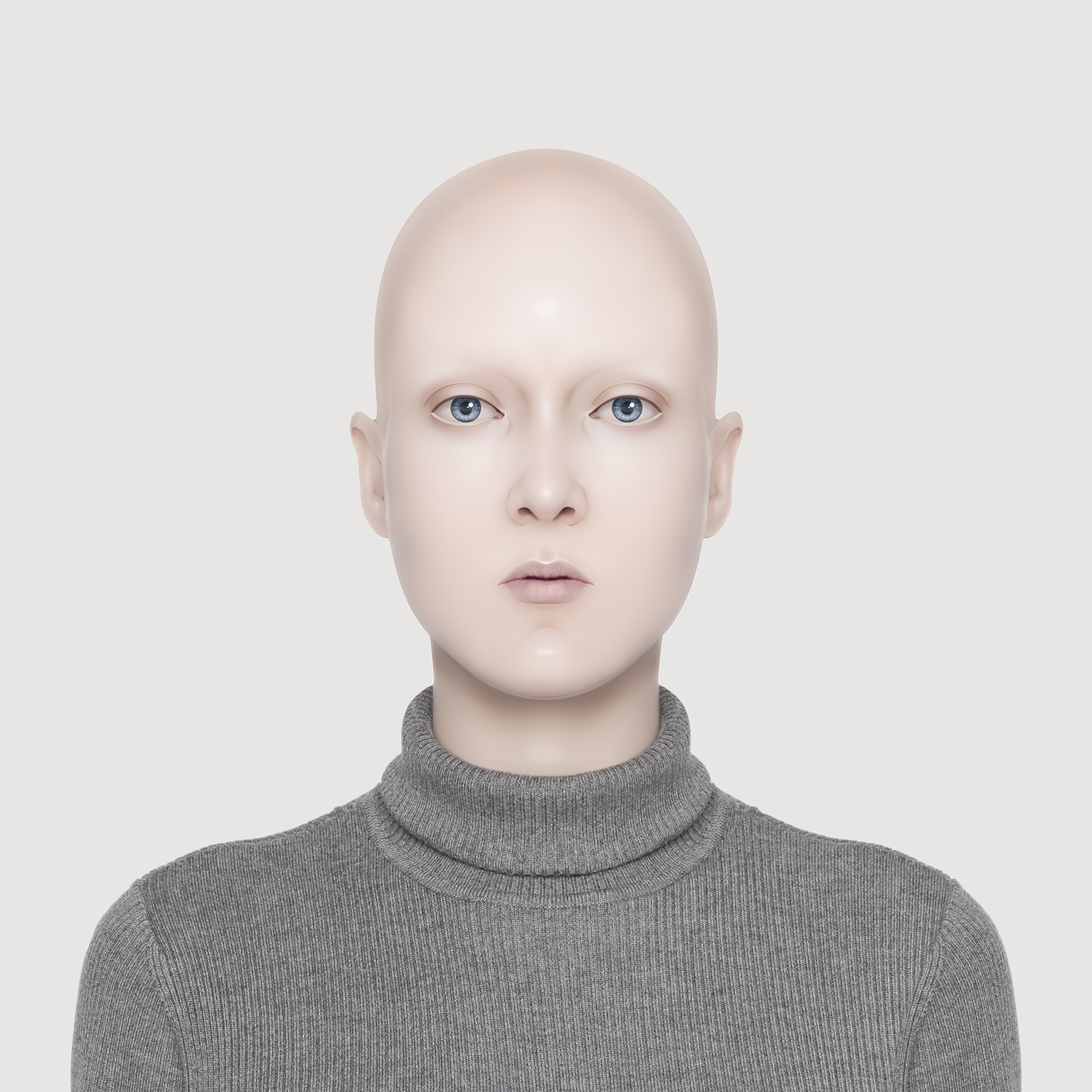 The trauma as a concept is divided into two general categories caused by external factors: physical damage and mental damage. Both are essential but the damage of mental health has a special feature: it is difficult to observe visually. The purpose of present work is to reveal this issue through photography and the main intention is to develop an artistic work from the conceptual point of view and express a visual dimension of trauma.

This work is an attempt to present certain scientific concepts by using different artistic methods e.g., examining the terms and qualities of psychological trauma, taking the theory of psychoanalysis as a basis.

The project “traumatic state” is a series of 4 photographs in a portrait format in addition to a variety of art works made by means of 3D computer graphics software, animation GIFs, 3D printing and performing art. Mentioned present a combination of digital art as retouching, 3D graphics.

A feature of this series is a constant repetition of every photo. The difference between them is in addition of a new distinctive detail in each, e.g. a red thread hanging out of the mouth. Repetition of the same image reveals the nature of psychological trauma, different details of every image help to comprehend a scientific view of this phenomenon via the psychoanalysis theory by S. Freud, Eric L. Santner, Judith L. Herman.

The element of photography “a green leaf” acts as a response to the phenomenon defined a in psychoanalysis as a “symbolic process”. A symbol formation and a process of symbolization in psychoanalysis substitute a painful feeling caused by the experience of a traumatic event. The location of the element on top of the lips points out the difficulties an individual faces in transferring this experience.

The element of “scales” located on head interprets two terms of psychoanalytic theory: “the work of mourning” (German trauerarbeit, the concept was introduced by Freud) and “narrative fetishism” which was described by Eric L. Santner. “The work of mourning” is characterized by reflection and getting used to the loss by analysing the memories, “narrative fetishism” – verbal repetition of traumatic events. Both of these processes represent a protective mechanism within a person’s psyche.

The element “red thread” is a visualization of the psychological trauma’s quality “traumatic memory”, introduced by Judith L. Herman, Professor of clinical psychiatry at Harvard University Medical School. This quality shows an individual’s obsession with restoring the memory of his harmful experience.