The Dawn of New Normal Whatever I’ve not seen is infinitely more than, whatever I have. – Newton

Since the beginning of time, there has dependably been a set of norms, traditions or cultures utilized which
have only been accumulated till date. What intrigues me is the way how nearly everything can be followed
back or identified beyond the preconceived notions. My skepticism allows me to assemble information whose
source lies in my surroundings which involve humans, animals or even lifeless objects habituated in any given
surroundings and beyond. It has mass, has color, texture and a name. It creates the visual identity which we
understand due to our information or experience.

We as humans are attached to certain forms forever to understand and communicate with other humans,
which we know as text or scripts of our verbal language. It does not change, just evolves. We have certain ways
to follow to make it universally understandable. Nature has its own creations, its own cycles to run. So,
everything is constantly changing. So is the information. The forms are created spontaneously but keeping in
reference something I’ve already seen or seen at the time. They are created in a specific way we write. Text as
forms is a specific set of forms evolved over a period of time. I am trying to achieve the complexity of nature
through simplifying the forms I create.

In the process of creation of these works, I do not erase the form once achieved. I construct them by making
changes or altering the known form like the way humans alter his/her surroundings to define its belonging.
My work explores the connections in human nature and furthermore presence as an individual in the society
we live in. It Is a consistent search for the core idea; approach to decipher the thoughts I have about myself
with the parallel world.

Each work I create is an augmentation from the past, where I have originated from, what I have learned, what
I have realized, and in addition as a boundless preview of the future---- where I am going. 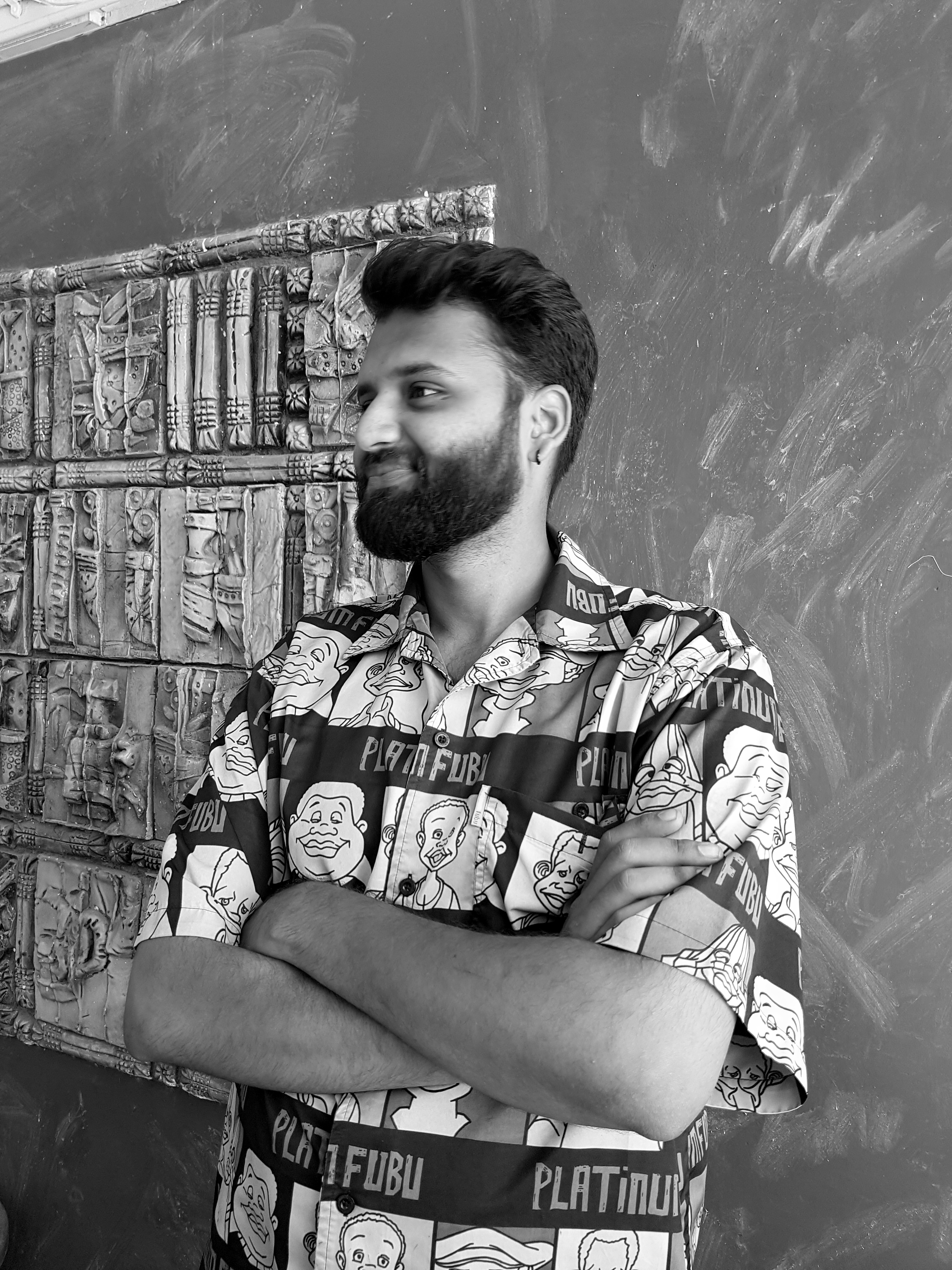