The Daily Disappearance of The Sun 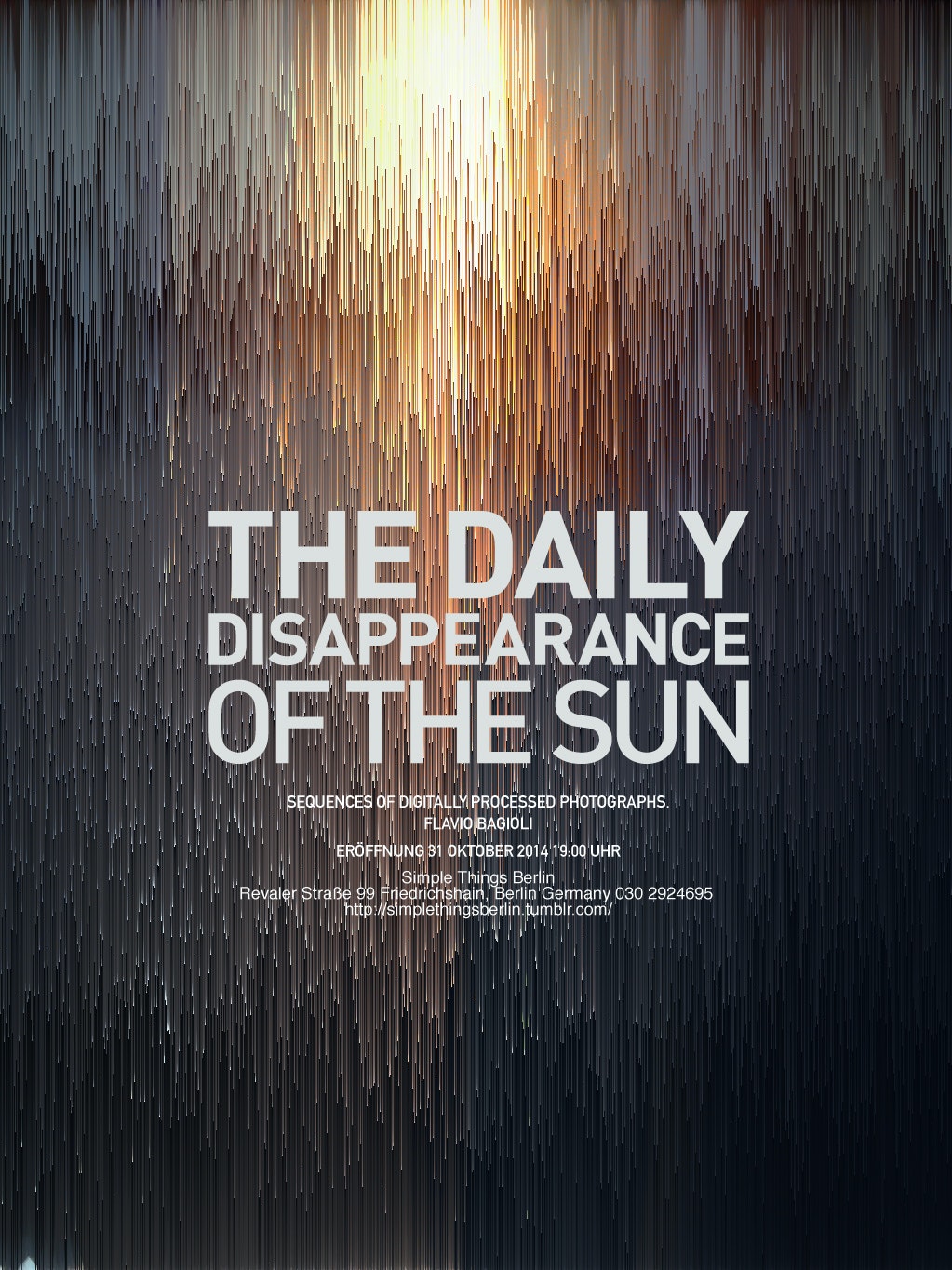 "The Daily Disappearance of The Sun" is a collection of works in pixel-sorting, i.e. modifications made by pixel arrangement through command lines and sent afterwards to Twitterbot @pixelsorting, created by Way Spurr-Chen. More specifically, images are captured via digital camera or smartphone and sent to the Twitterbot for manipulation/variation according to given parameters controlled by commands in a language call Ruby. For example, the same picture is processed by the Twitterbot several times according to different instructions, inevitably easing off its original content because there always will be people like us staring and looking at them from different perspectives. This project also tries to scrutinize and question the boundaries of legibility’s limits just dissolving with digital means and codes one random image, even at the point of being dwindled into abstraction. In other words, we think that the limits of how much an image can be manipulated are still a fertile land to be explored, not just because theoretically an image could be twisted ad aeternum, but also at some point they became just lines or pixels manipulated with one type of simple commands. For further information about current process and development of this project, you can contact by request @Flavster 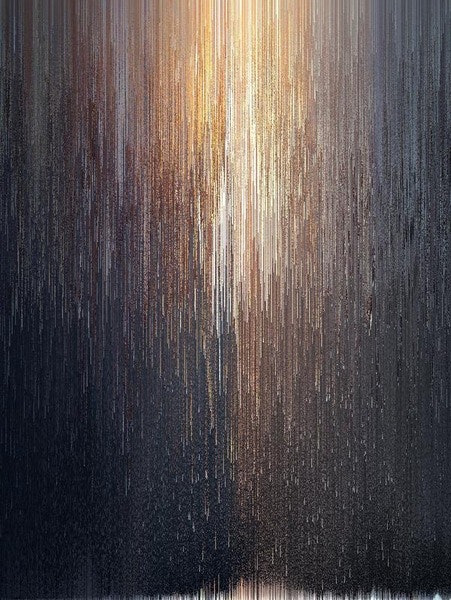 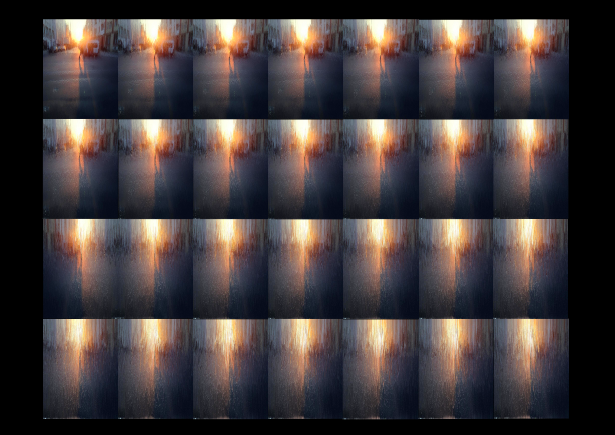 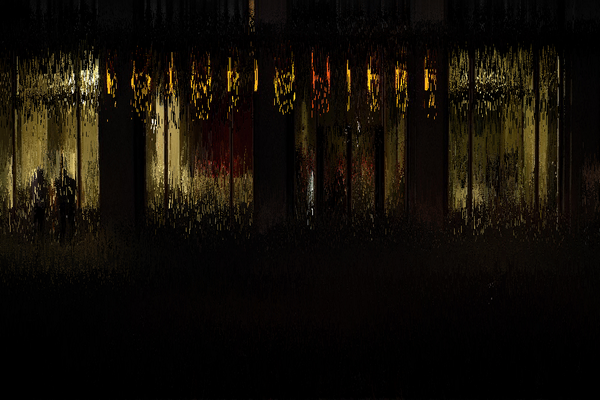 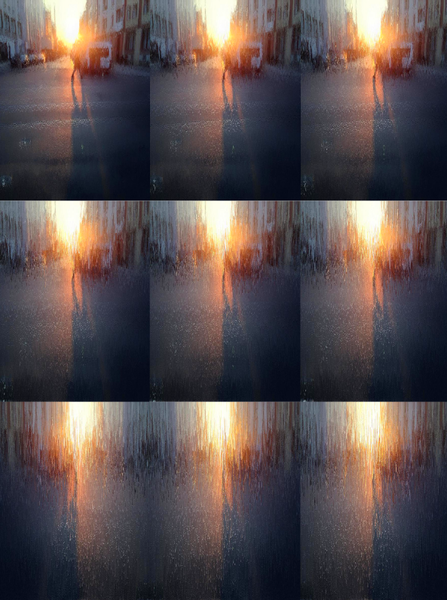 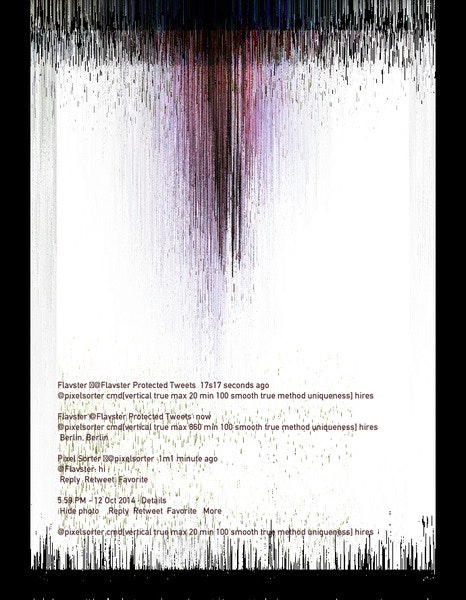 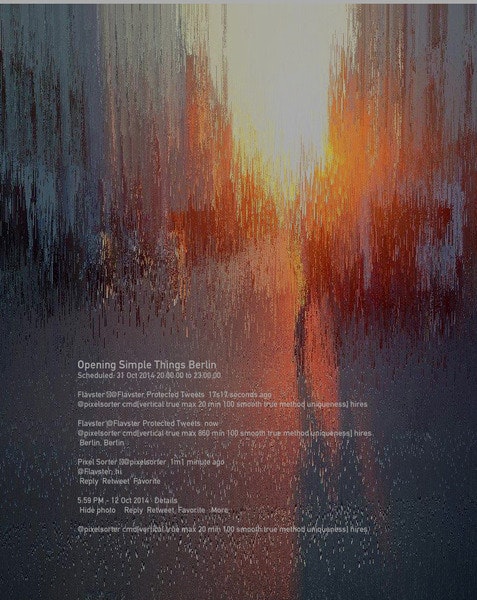