The Baths for Queer Defense and [De]liberation 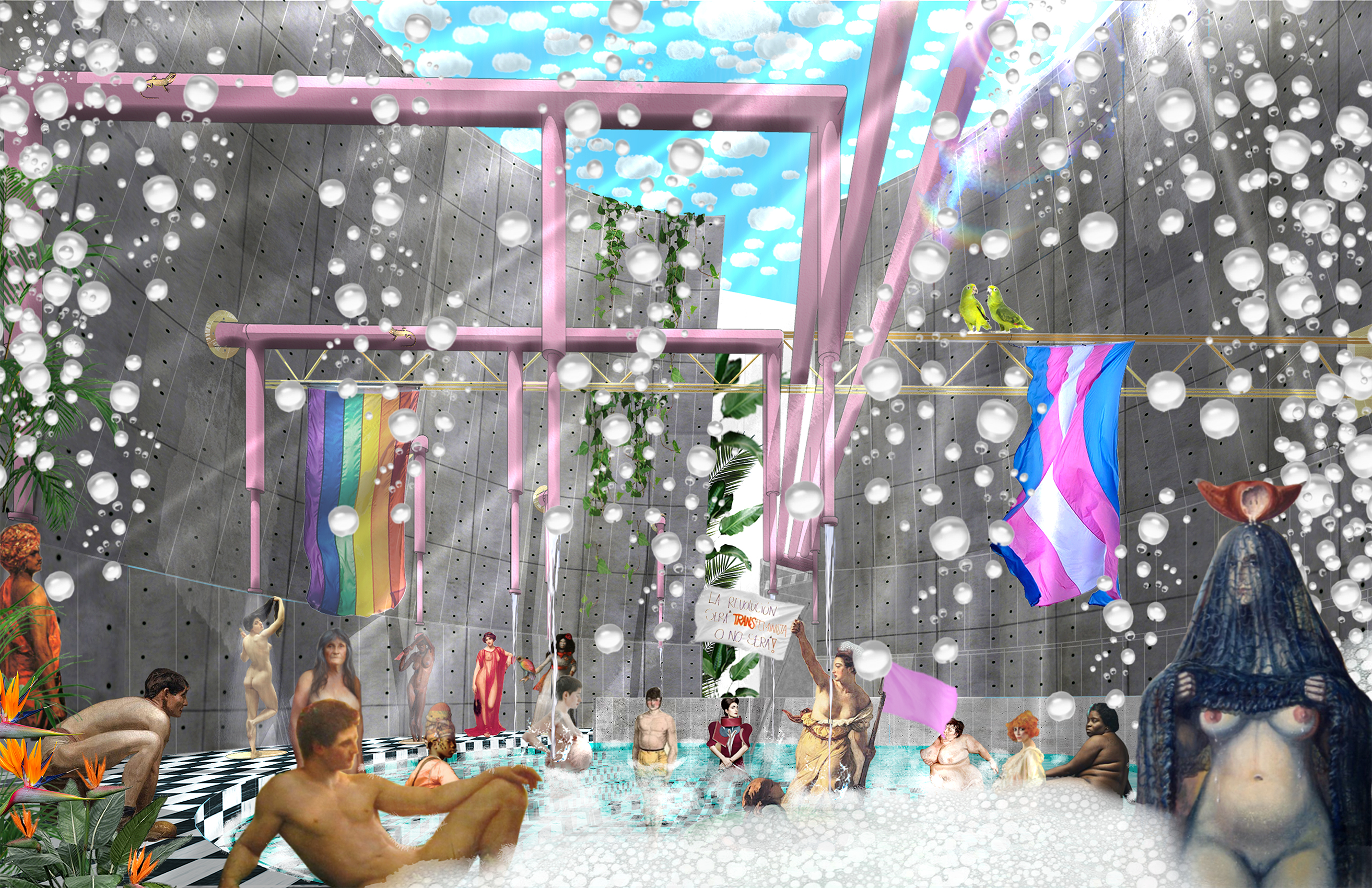 The Baths for Queer Defense and [De]liberation, presents a QUEER ENVIRONMENT architecture where four main archetypes intersect and redefine themselves: inclusive bathrooms, thermal baths, deliberation spaces and a trans feminist queer surveillance digital center. The project responds to a previous theoretical investigation that problematizes the binary discourses that revolve around the public bathrooms at the University of Puerto Rico. This research process interpreted discriminatory discourses that often circulate on social networks like Facebook, against trans people who escape the rigid parameters of the binary gender system. Thus -with the intention of confronting these discourses- the project proposes a speculative architectural design for diverse bodies, which seeks to offer both spaces for protection, defense and deliberation, as well as relaxation, freedom and exposure of the body.

Located on Avenida Universidad in Río Piedras, San Juan, Puerto Rico, -in front of Vidy’s Café, El 8 de Blanco and a Lutheran Church- the project is located as a confrontation to the policies of the space on this avenue and with its shops and institutions with a controversial history of attacks against LGBTQIA+ community. Thus, The Baths for Queer Defense and [De]liberation, builds a protective wall -whose façade exhibits pieces of urinals- that confronts its context and at the same time protects the bodies that inhabit the space. Within this wall, inclusive bathrooms, jacuzzis, movement-sensitive showers, relaxation and deliberation pools, nooks for diverse gender performativities, terraces to sunbathe those bodies that society asks not to be recognized coexist. Also, in this project, a social media observation tower is erected to seek transphobic “posts” in order to defend trans people, thus reversing the surveillance roles. This project creates a QUEER ENVIRONMENT, making diverse bodies visible and spatializing what is prohibited within the binary gender system: the existence of alternative ways of living and expressing gender.

In programmatic terms, this project proposes a series of inclusive bathroom cubicles that confront a central space, so what is usually hidden and treated as the abject in architectural designs, is now exposed and visible. The location of these cubicles allows to highlight the gender performativities of diverse people who do not need to hide to go to the toilet. On the other hand, the Baths for Queer Defense and [De]liberation, reinterprets the ancient Roman baths and offers three pools that grow in size and temperature -cold, warm and hot respectively- with the purpose of accommodating groups of different sizes for deliberation and proposals for collective struggle and self-management. In this way, a group could begin to operate in the cold pool and move to the hot pool while the number of bathers grows. The temperatures are ideal to calm the discussion and the space allows the wet bodies to expose themselves to each other while deliberating. These pools are connected by ramps taking into consideration functionally diverse bodies. In regular periods these pools of different temperatures work for the relaxation, healing and rest of bodies undergoing surgeries, in transition and in treatments.

The observation tower is made up of a Virtual Transphobia Detection Center and a Troll room. Said center, speculatively, employs anti-transphobic detectives who monitor social networks in search of transphobic “posts”. Upon the appearance of transphobic content, detectives send the information to the trolls, who work from the troll room, so that they defend trans people on social networks. In situations of greater magnitude, trolls will make calls on social media for trans, queer and allied people to reach the thermal pools to deliberate defensive actions to follow. This project seeks to ensure that the marginalized bodies acquire a leading role, as these are the main users and/or employees of the project. 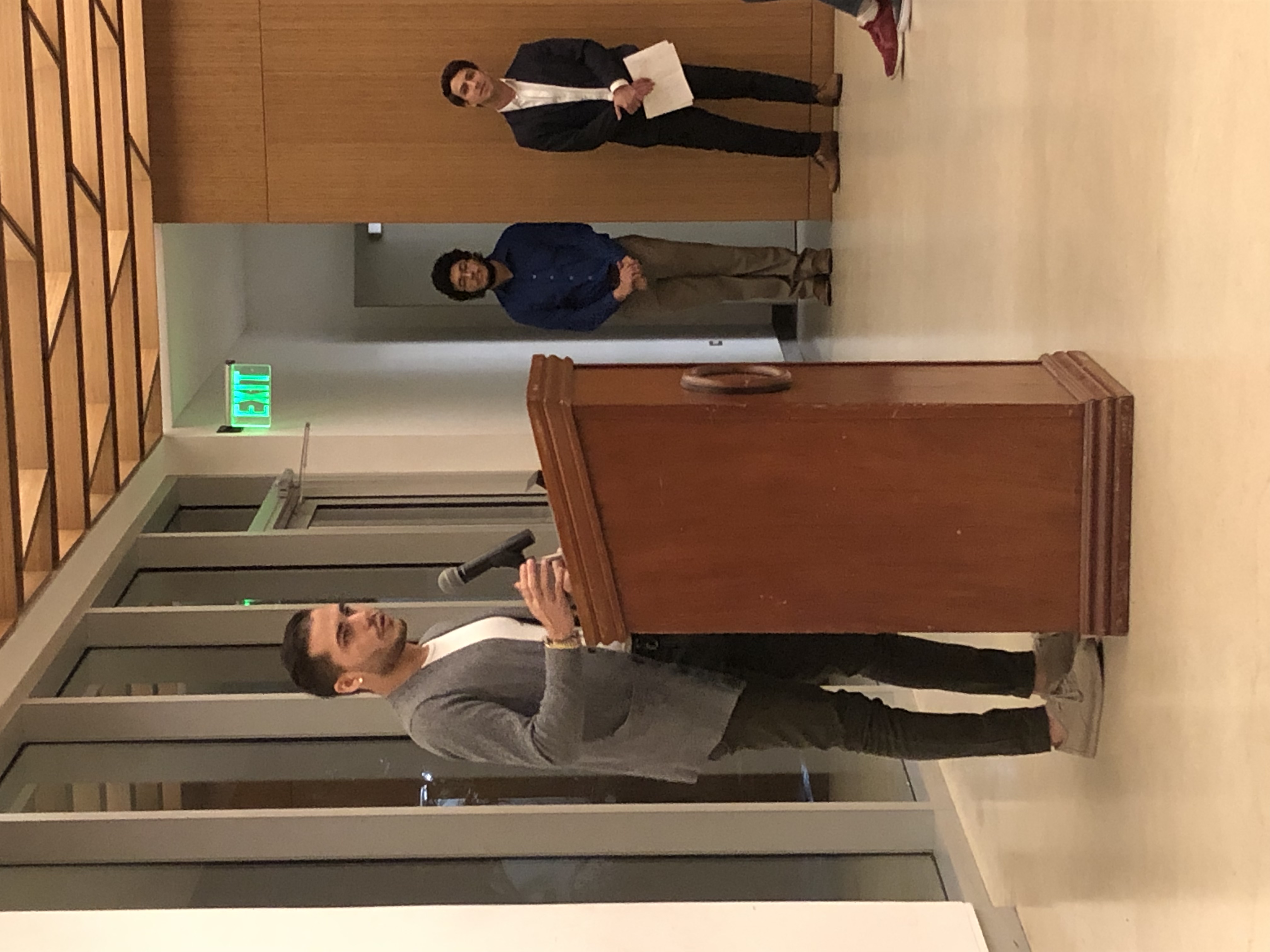