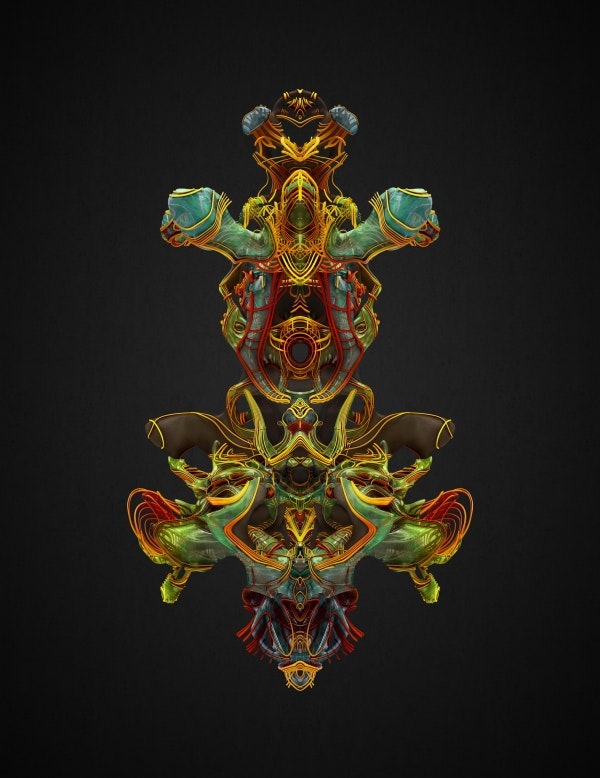 In Nick Ervinck’s laboratory, a special concept of the human being has been prepared over the years, expressing itself along radical new artistic lines and using the most advanced technological 3D printing techniques. Moreover, his recent projects MASK MUTATION, PLANT MUTATION and SKIN MUTATION focus on a double-sided challenge raised by transhumanist philosophy.

On the one hand, Ervinck created a series of MASKS whose ungraspable energetic lines debouched into feelings of cosmic indeterminacy, overcoming human limitations and turning the human species into the magnified gods of the future. Here he touches upon the apparently unstoppable and thus eternal urge of man to feel immortal, to be more than his banal self and thus to wear the mask of the greatest possible cosmic omnipotence.
On the other hand, in the PLANT MUTATION series he used his 3D experimental style to explore ideas of both organic and genetically engineered life forms, launching a number of ethical questions that are not easy to resolve. When hybridization is carried out to the extreme, as in his Strawberry and Bell Pepper Series, an environmentalist concern covering major aspects of the survival of Gaia takes over, ending up in a waking up call to renew and reassume philosophical reflection.

As a multi-disciplinary project focusing on two dimensions, high esteem for technology and at the same time awe for some of its possible consequences, TechnoGaia (2020) invites the spectator to fully submerge in both the MASK and PLANT mutation series and experience ongoing metamorphoses presented in an installation that refers to old labyrinthine spirals. As the history of Europe at many occasions revealed, the descent into Gaia’s spiritual caves, be it the physicality of Lascaux or the allegorical refinement of Plato’s cave, proved to be excellent occasions to express current anxieties and desires.

As an experimental event sharing ecological and ideological positions, TechnoGaia aims at stirring up human consciousness by developing sensitivities that might guide us in the human quest for a posthuman cosmic position. It is here that the artist meets the technician in their common desire to fully understand and exploit fluctuations and mutations of energy that might help man to enter into a more encompassing noosphere.
However, the beginning of 2020 will be known as the era in man’s history that focused the opposition between Techno and Gaia. A pandemic catastrophe often was part of the better SF genre until now, but could never affect man's firm belief in himself. It is therefore quite staggering to recall Ervinck's NOITATUM series (from 2013 on) and to refer to his aestheticization of processes of mutation and manipulation. Created in times when the anthropocene was considered iconic, his strawberry sculptures, blue in leaf, yellow in fruit, barely had the strenght to send their loud screams out into the world.

His SKIN mutations had already shown how skin and pelt spanned shrinking bodies and were caught in rhythmically severely disturbed respirations. In hindsight, you can say that the whole NOITEM series that arose then was the perfect form to represent the fear and panic that is now shared worldwide. The alienation and untouchability of the special Rorschach spots and the spatial cobwebs they created, perfect in symmetry, untouched in their appearance, now, a little less than a decade later, seem to have assumed prophetic forms to evoke the unknown global enemy. How deeply this cosmically powerful attacker will touch us is difficult to estimate at present, but fascinating and tremendous he surely is, and so is the whole NOITEM imagination.

In his quest for an aesthetics and tragedy that probe our era in depth, right down to the fibres of the SKIN products that we are all ourselves, the double world that Ervinck has invariably explored can provide a handhold for us all to feel included in his recent project TechnoGaia. His philosophical questioning and artistic design in any case force us to seek a new kind of consciousness that we can and must share with the entire world population, in an attempt to survive ourselves and life better than before. 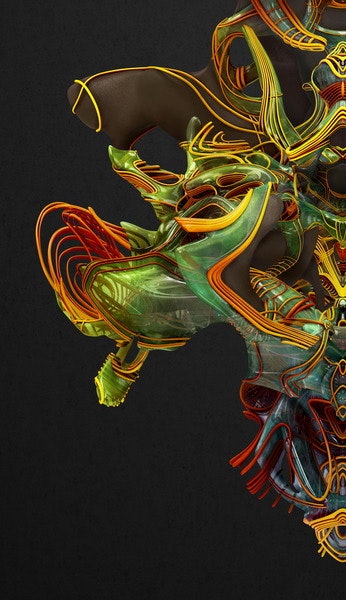 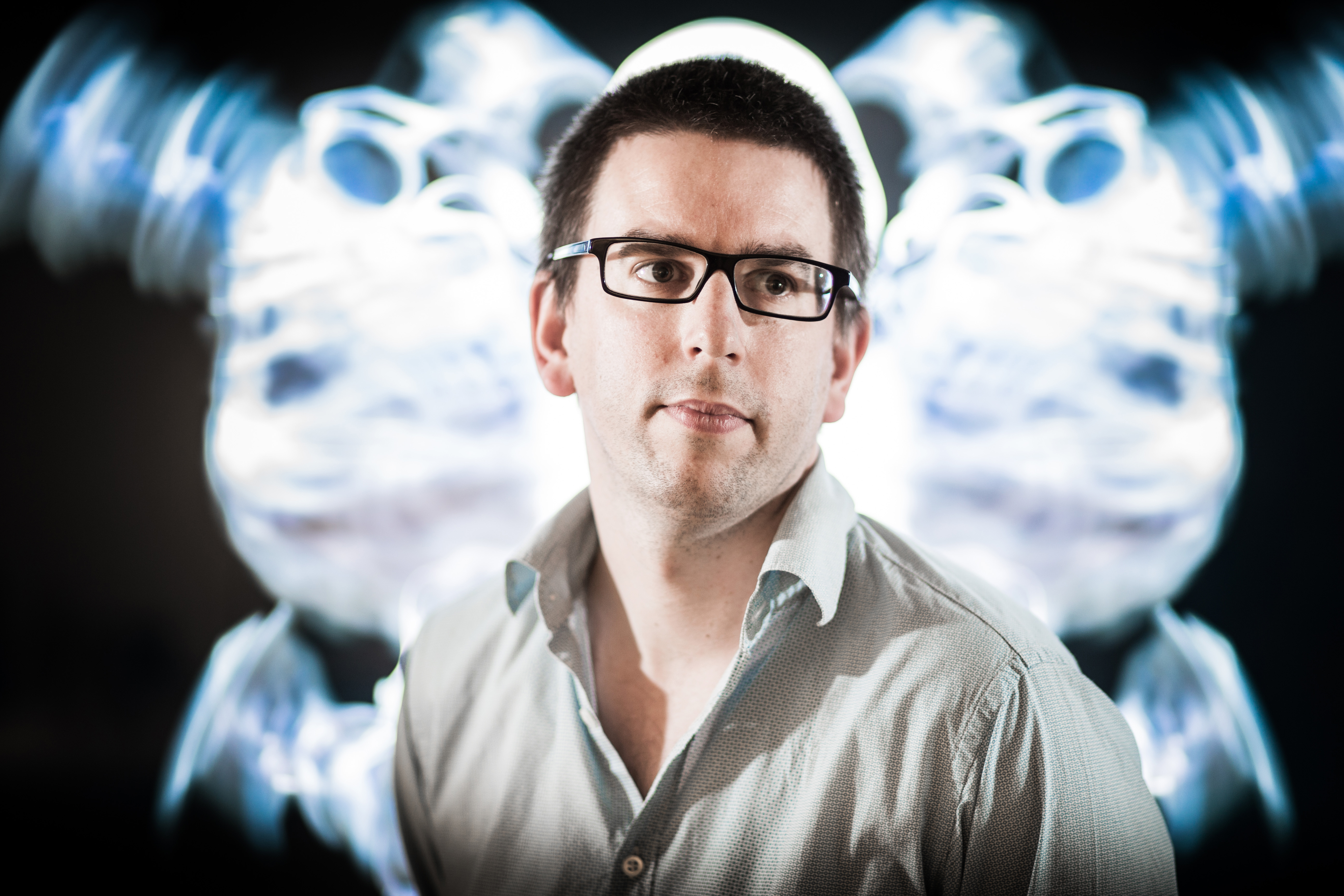