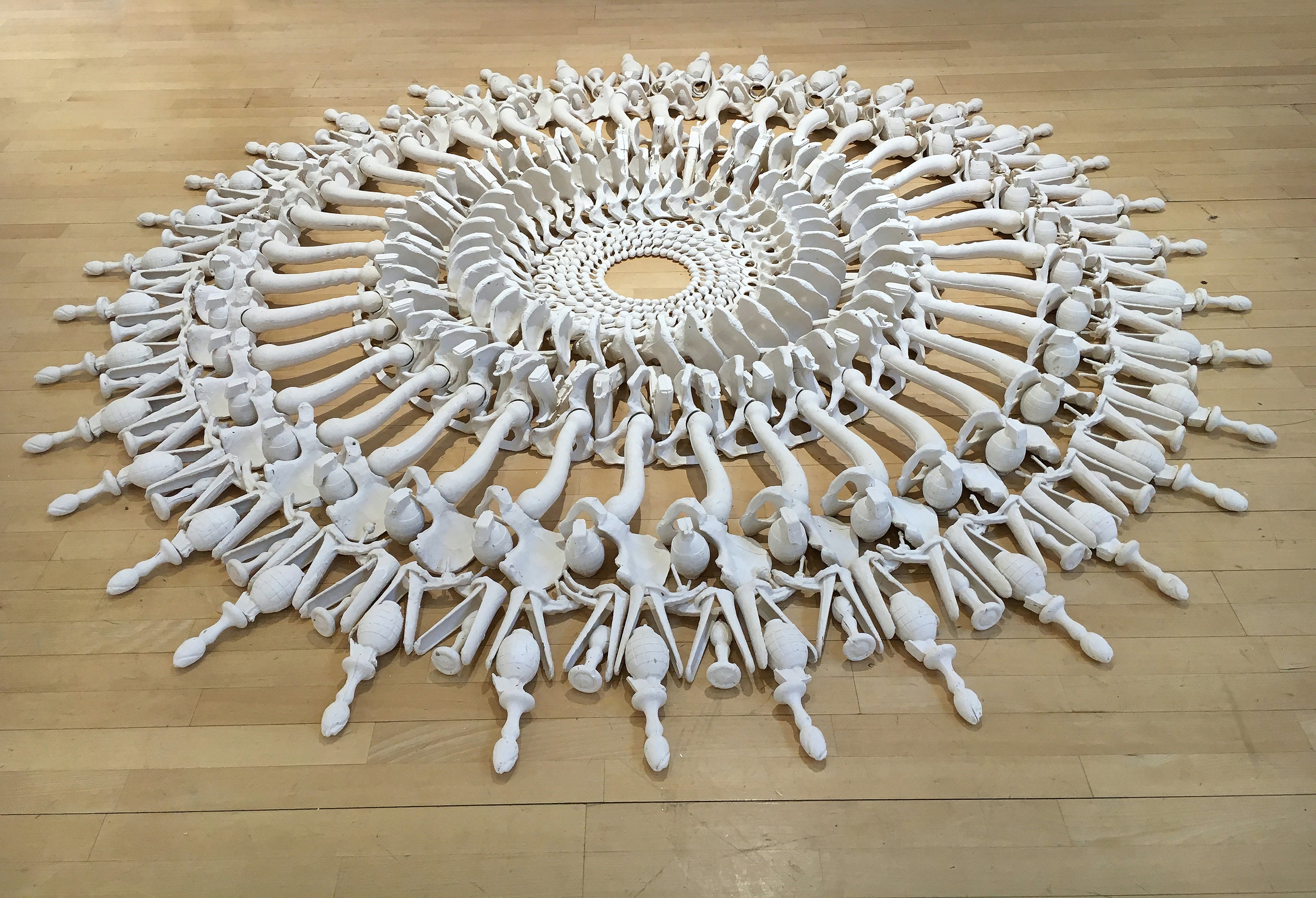 Precarious lives uses a pelvic bone to bridge the artists's past medical experiences in Thailand at a refugee camp and Patpong the red light district in Bangkok. The pelvis is penetrated in sex but also reveals itself in death.

There is a conflict between the pleasurable objectification that can occur in loving sex and the repugnant brutality of sexual abuse and exploitation, the difference is agency.

The refugee camp also drew attention to objectification and agency. Genocide, murder is the ultimate objectification of people. In death we are reduced to flesh and bone - a carcass. In time all that is left the only visible memory of what was once a thinking loving person is bone.

In Precarious Lives objects are petrified to resemble bone. Making these objects into remains objectifies them in the same way that we are objectified in death. One could argue that guns, grenades, and sex toys are already objects but by rendering into bone it creates a level playing field of traces, memory and loss.It is arranged as an ironic mandala 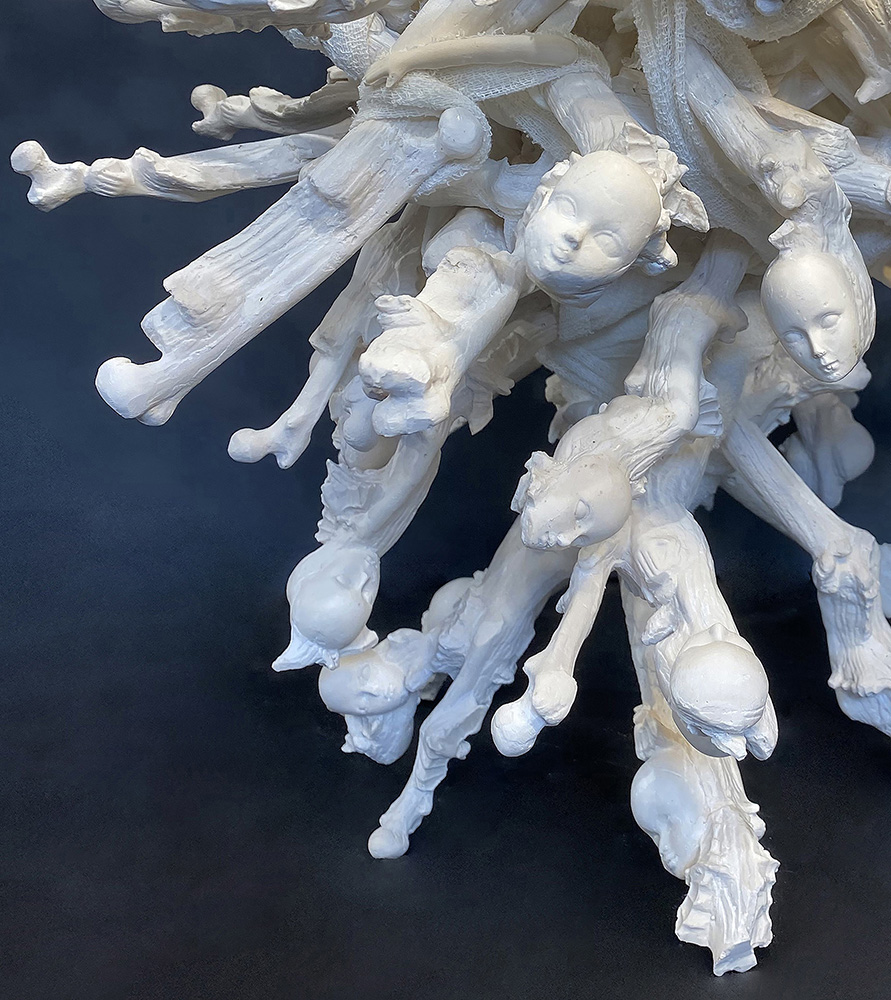