Headless love and the red shoes 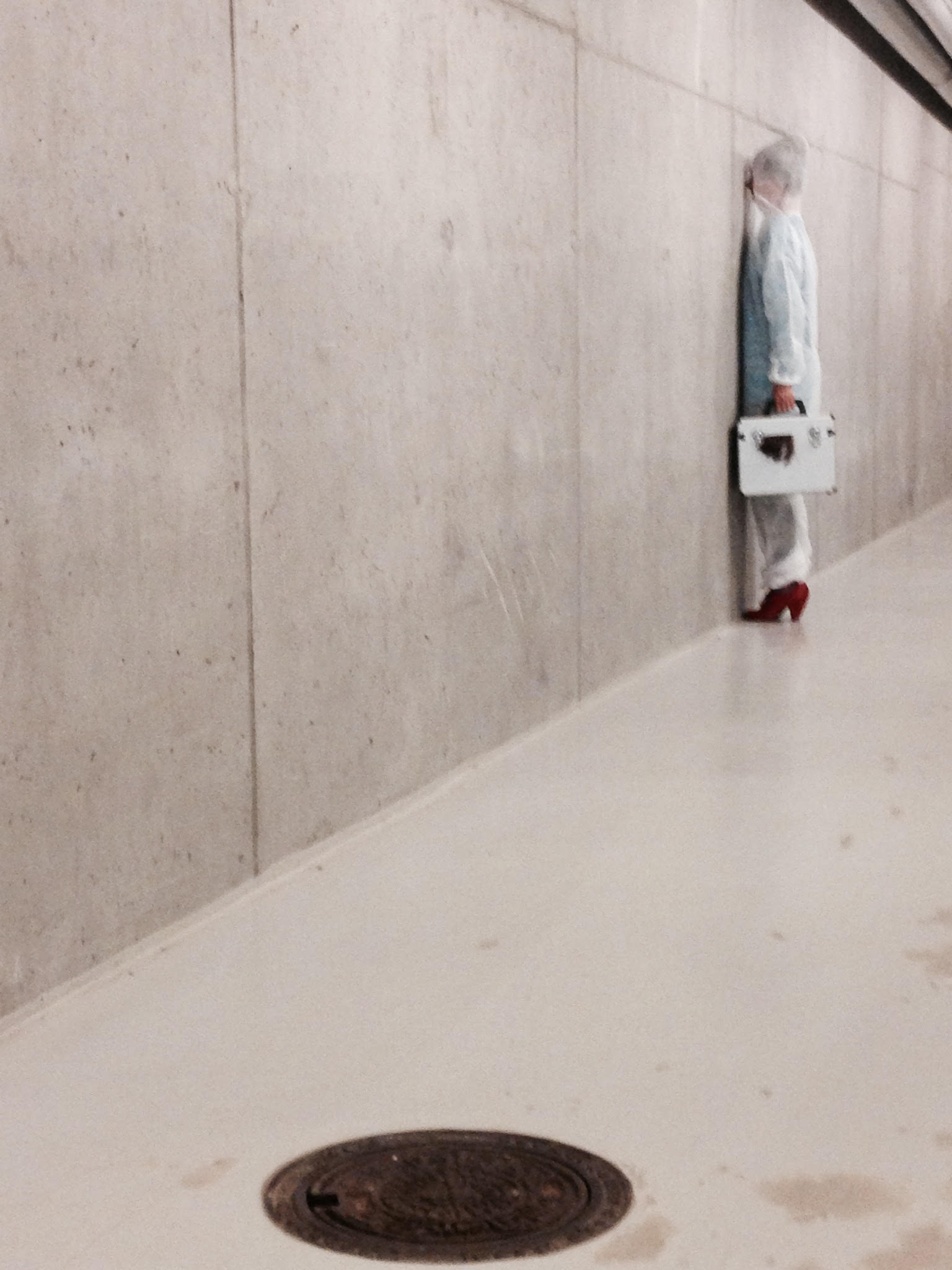 "Monbjerg was living and working in London 2005. She woke up one morning by a message from a collegue. There had been a bombing, at a nearby station from where she was living.
Going to work the next day, she found the streets, normally packed with people, empty and quiet, except for armed policemen.
Later on in 2013, she came across a cellar with concrete walls, at the university she was attending and ideas for this particular series came about"

Headless love and the red shoes (2013) is a series of photography and here is shown a photo from the series.