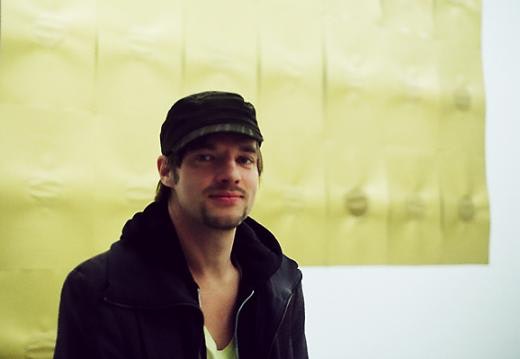 Yeah yeah. But what do we really know about Berlin’s projects spaces and the people behind them? Have You Met… will be introducing them to you, one by one…

Have You Met… Heiko Pfreundt (text and pictures by Maria Santos)

Just a few days earlier than the Venice Biennale, Kreuzberg Pavillon first opened its doors in Liegnitzerstr., where Heiko's own atelier was initially meant to find a place. After one month and having realized how many people were observing from outside, he decided to open the space to the public.

Heiko Pfreundt has been closely related to art since quite a while. He first studied Art Pedagogy before completing studies in Visual Communicationl in Bremen. Instead of becoming a designer, he devoted himself to the arts and moved to Berlin after getting his degree, where he would work for several institutions. Between 2008 and 2009 he would get involved in Jet Kunstverein, an artist run space where he claims to have gained lots of experience and contacts. He also took part of the Glogauair residency program and worked as a culture manager before following his dream: to open his own space in Kreuzberg. Currently relocated in Neukölln, he is now sharing space with another Kreuzberg-inmigrant, Alessandro from Skalitzer140, because neighborhood-wandering is part of the concept.

According to Heiko, Kreuzberg Pavillon Neukölln can't be categorized as a gallery or whatever-space. It's meant to be the Pavillon.