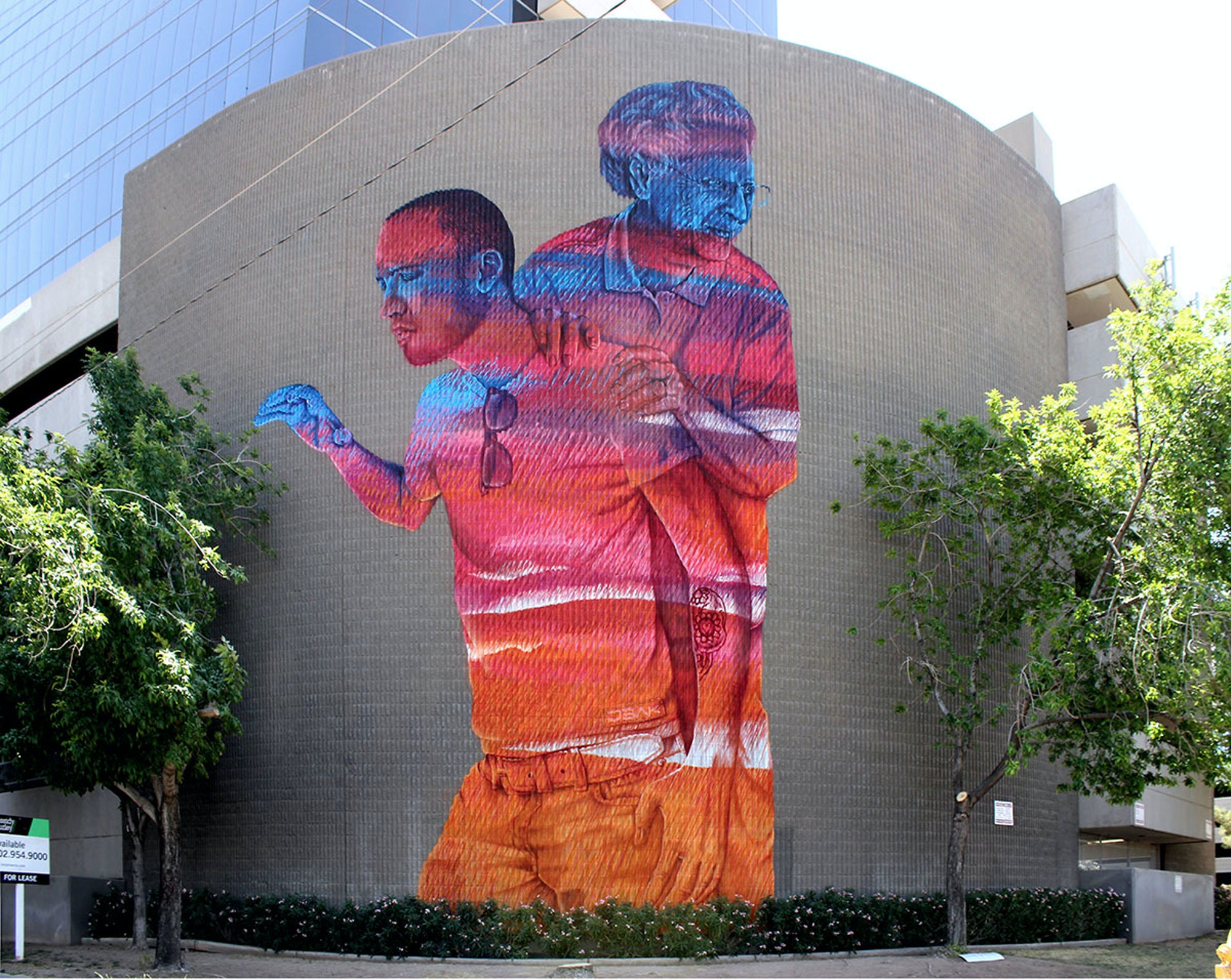 In April, 2013 JBAK were invited to Phoenix, Arizona as their debut return to the US and for JBAK’s largest mural to date.

The two people depicted in the mural are Chris Neito, a 5th generation Phoenix native and a huge supporter of the arts and the city of Phoenix itself, and Addison’s grandmother Maxine, who herself has lived nearly her entire life in Phoenix and is now the matriarch of 4 generations of Phoenix natives.

Addison viewed the opportunity to paint his grandmother as a “chance to give something back to a woman who has been in my entire life with nothing but support and love for every decision I have made. The chance to show her in person what she has meant to me is one of the rarest chances we get in life.”

For this piece JBAK attempted a new technique of working together deciding to work over top of one another rather than dividing the sections of the portrait as they have done in the past. The linear hatch lines of Addison would create the shape of the two figures and fill their silhouette with color and texture. James would then paint the photorealistic elements on top creating another layer to give the actual definition and details of both Chris and Grandma Maxine.

Phoenix is well known for it’s intensely vibrant and colorful sunsets which create hues that run the spectrum from yellows, oranges, magentas, blues and purples. This was the basis for the color theory of the mural. It was the largest color range JBAK have worked with on one project at around 23 colors.

Special thanks to Bob Karber, Tim O’Neil, Grandma Maxine, Chris Nieto, and everyone else who helped and supported us on this massive project. 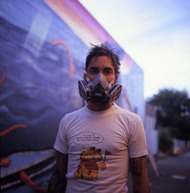