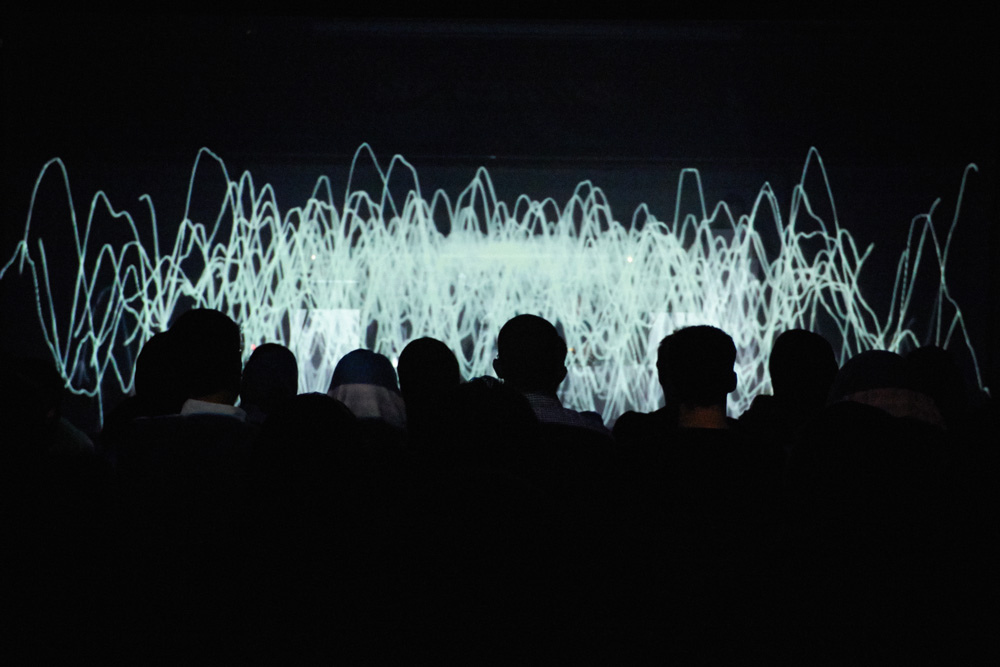 gen.er.a.trix
visual artist, musician
aug 2013
feat. Sohrab motabar & sina shoaie
real-time audiovisual performace
darbast platform, tehran, iran.
generatrix, dictionaries say, refers to a point, line or surface whose motion generates a line, surface, or solid.
apart from the common forms minimally worked upon full use of computer processing in audiovisual performances,
the performance before you has tried to make use of the previous techniques to depict the concepts of creation
from the beginning in four episodes of formation, completion, anxiety and change.
in this performance, Sohrab Motabar will make use of codification techniques of sound synthesis & audio coding,
combine with the processed sounds of Iranian regions music presented by Sina Shoaei and processed
electric guitar sounds of Ali Phi to present the piece.
all sounds and changes will be produced and performed real-time upon the structure of the songs.
the images thus produced rely on the frequency change of the sounds and midi data from
musicians by Ali Phi, controlled and created based on particle generating system,
the basic system for formation of the existence.
in the first episode, we will see particle trails pictured out of hexagonal changes in nowhere.
the second episode will be about virtual formation of superficial rising and falling
layers resulting from the change in the sounds.
the third episode or anxiety will be the rerun of images on the scenes from formation
of existence taken from Adaption by Charlie Kaufman with vague image noises.
and in the fourth episode, change, we will enter a scene of creation in various fields with virtual discipline. 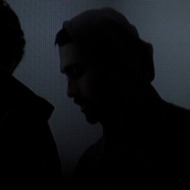