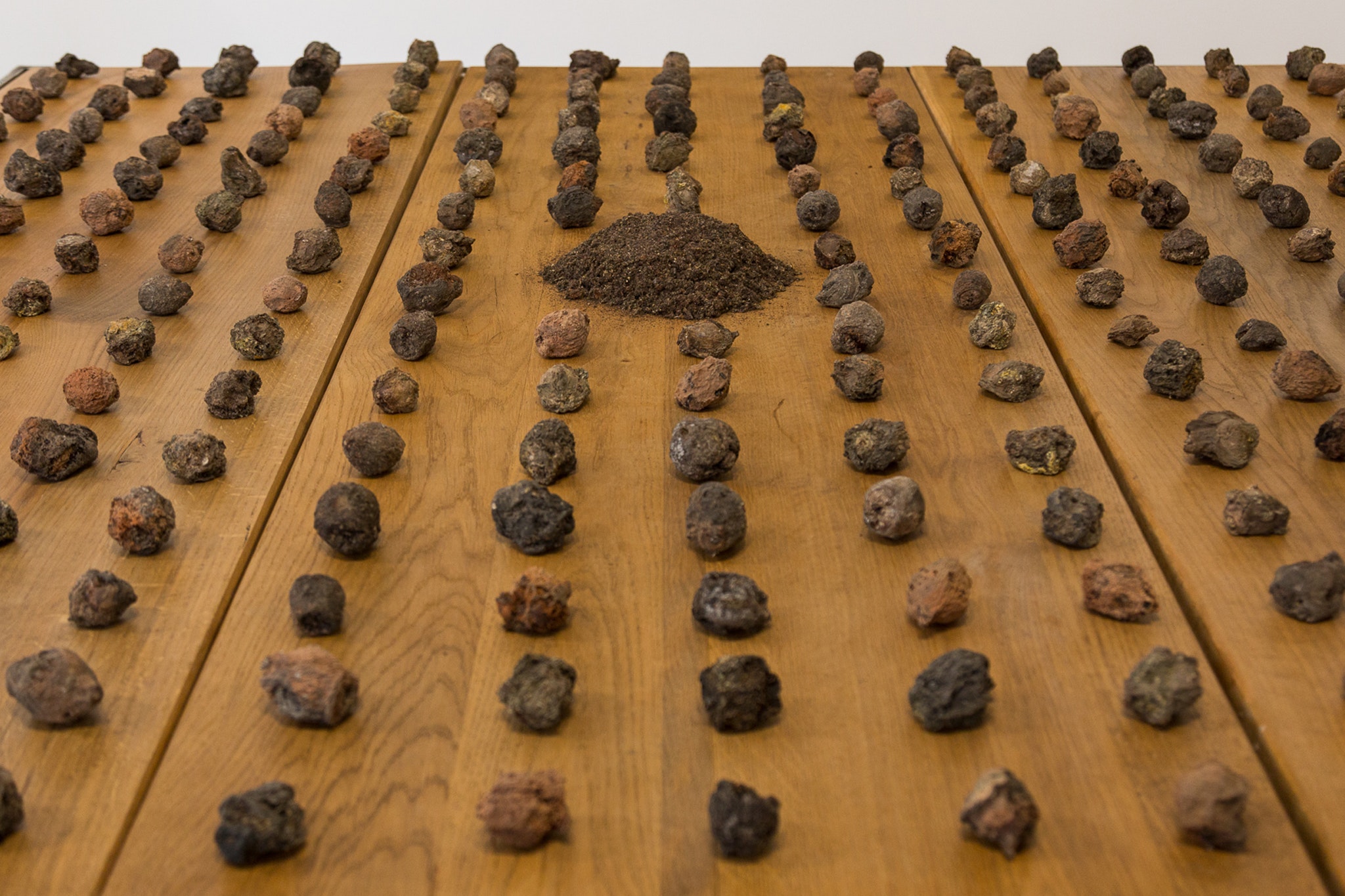 The linguistic and stylistic connections of my works are multidirectional, complex. Some of my works are characterized by a neo-realistic accumulation of objects. I put my found elements in such a linguistic structure, in the context of meaning, in which they get a completely new meaning and purpose. These objects create a new context, a new quality of image and objects after I place them in a higher consistency of language. I place the form of matter from which their primary function has been taken away in a secondary role, I place the elements whose lifespan is measurable on the pedestal of eternity in the classical sense of the word. Who would have thought what power the scene of accumulated frozen quinces has, how much it tells us about decay, about a futile elemental struggle.
Photos: RESIDUUM II. solo show
Installation view at Laufer Gallery, Belgrade, Serbia (2019) 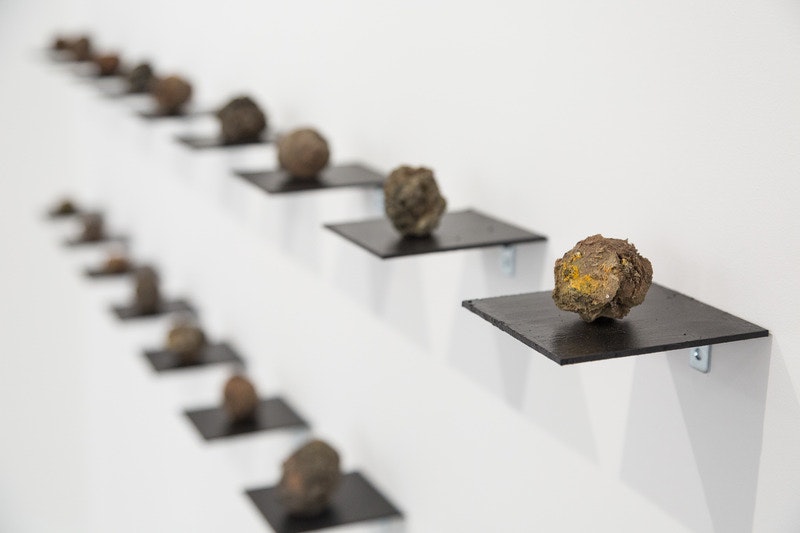 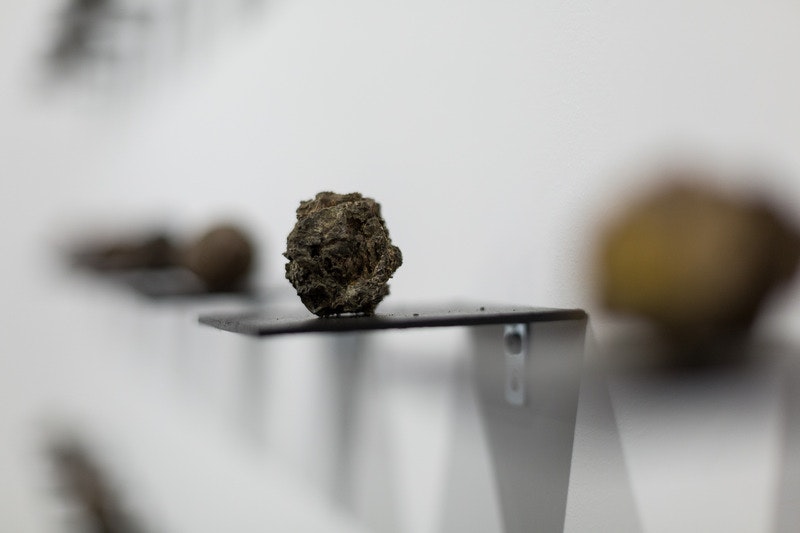 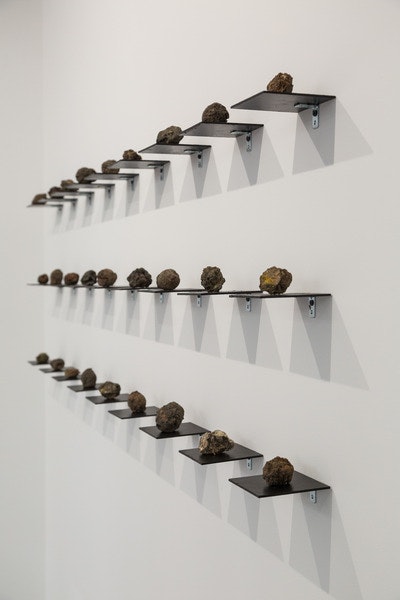 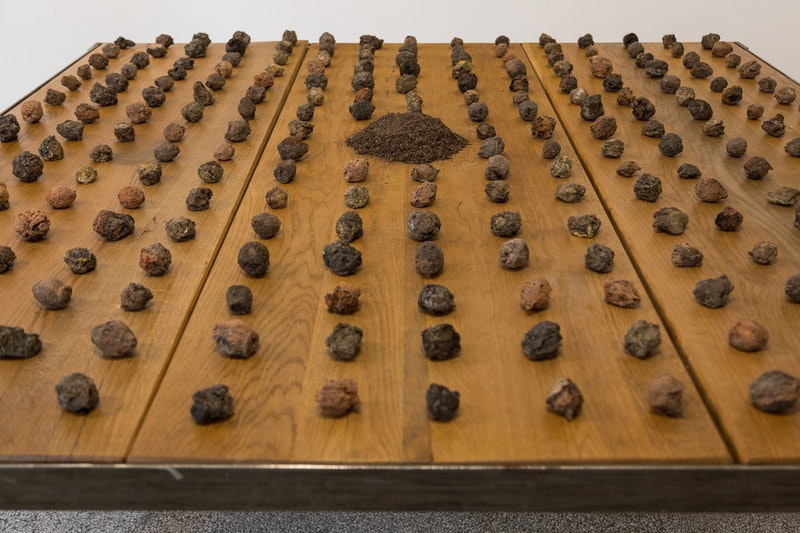 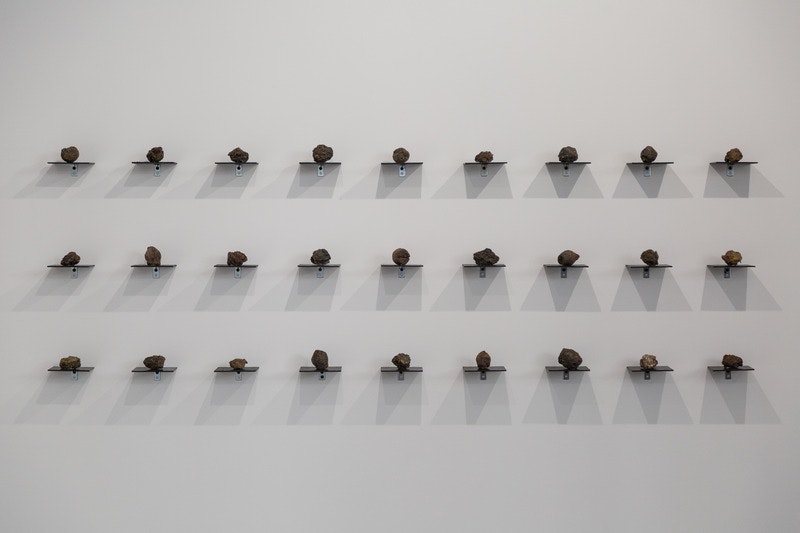 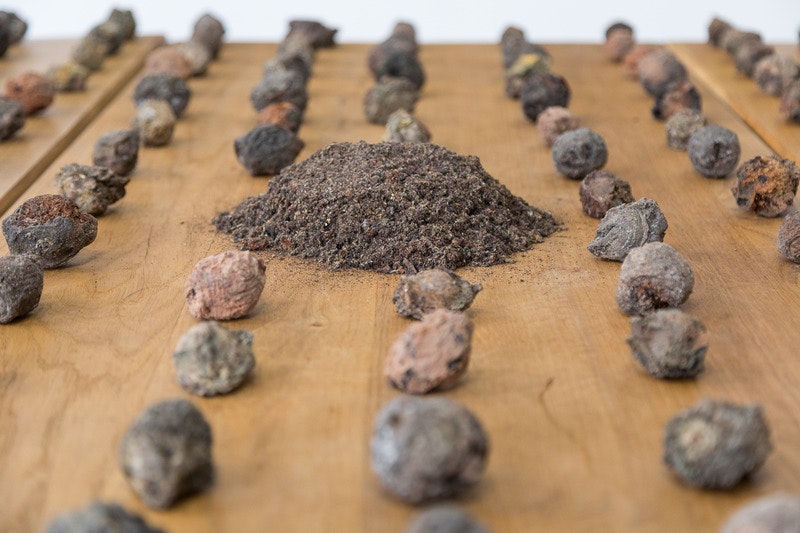 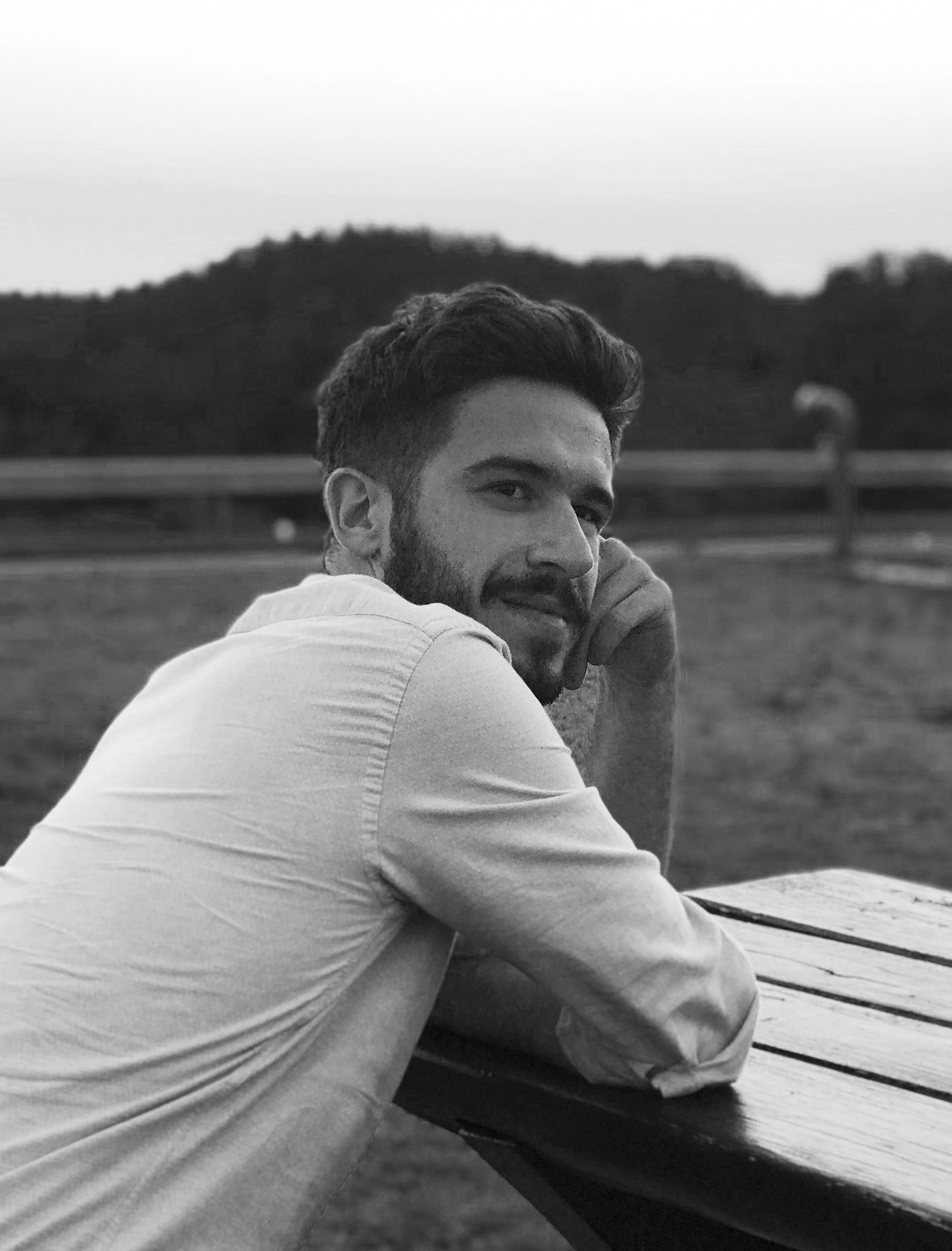