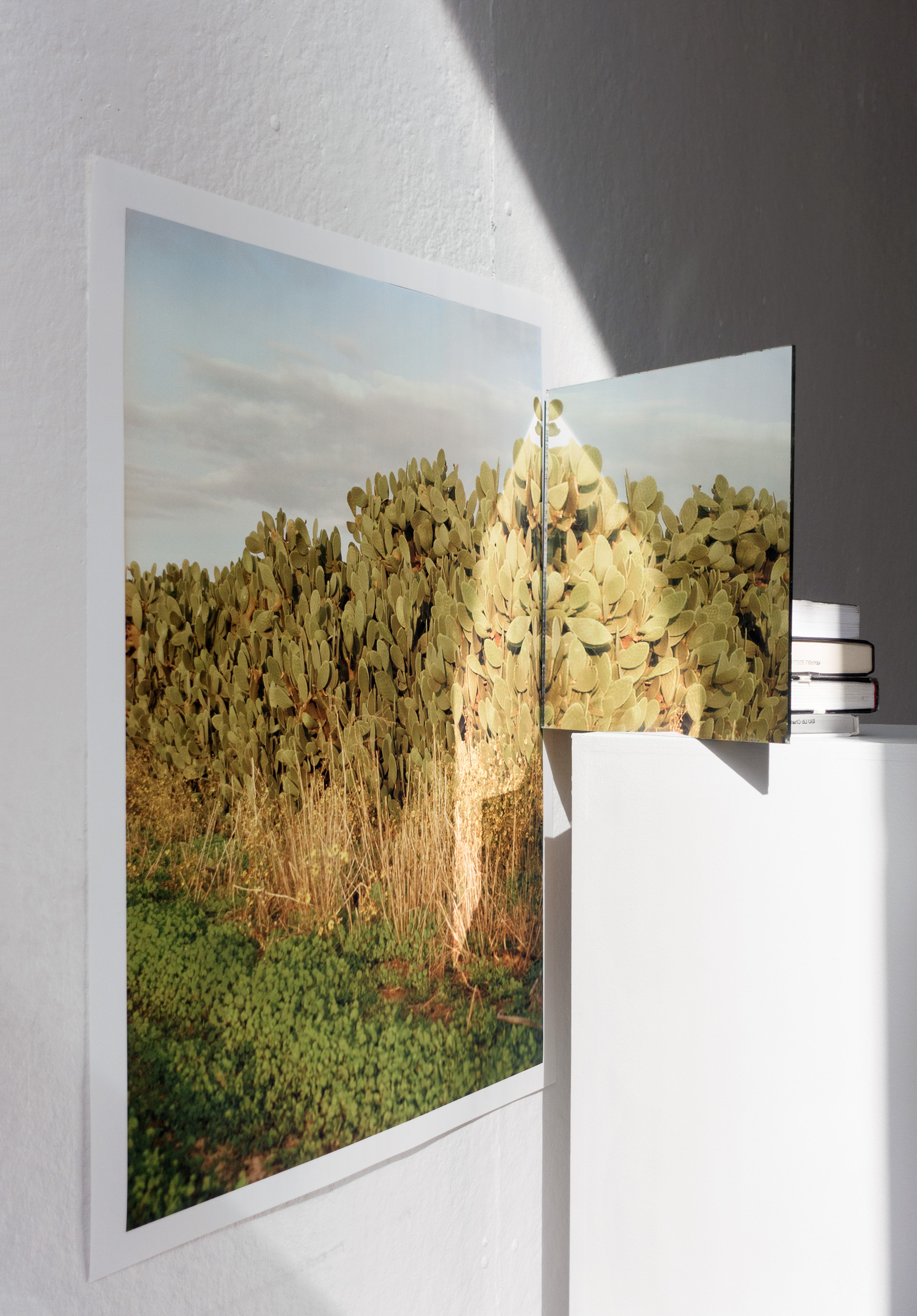 Growing up as an immigrant from the former USSR in Israel, I had to adjust myself to be a part of the Israeli society. I had to give up my home culture and identity almost completely for the Israeli one. After moving to the US to study in Grad school, the physical and the emotional distance from home allowed me to look at home and at myself in a different way. It made me look at the identity that I fought so hard to acquire without acknowledging what it truly meant to be Israeli. What it means to be a Sabra.

The video included in the show is a love letter to a relationship that is important in my life, but that, at the same time, didn’t work the way I thought it would. I filmed it in different places that simulated this relationship for me.

‘Sabra’ is a Hebrew word with Arabic origins, and is used to refer to a Jewish person born in Israel. However, the Sabra cactus, or the ‘Prickly Pear’ in English, is not a native plant in Israel and was transplanted from the Americas in the 16th century by the Spanish. It is ironic that both Israelis and Palestinians see the Sabra as a national symbol of ancient roots and connection to the land.  Growing up with the Sabra myth, I knew enough to change my identity to adapt to its features, but not enough to understand the depth of the history behind it. In the current project I question my belonging to the culture and the place.

I created a utopian (a non-space) space , and a safe space in my studio by using landscape images that I photographed over the last two years. I was looking for a simulation of a place I call home in Arizona, Indiana, Chicago and Israel. I re-photographed the landscape of Israel in Chicago with light reflected from the buildings in front of my studio. I am using the metaphor of the mirror to express/depict the dialectical concepts of space and non-space that I exist in as an immigrant. My yearning for home, and at the same time, my reluctance and lack of ability to visit home, has taken me on a quest for the Sabra, for a simulation of home and of my identity. Maybe even for a new identity.