Katerina Belkina’s works can be interpreted as one giant statement of mankind looking for its place in the whole of social and cultural reality. The fact that Belkina nearly always is her own model in the various series she exhibits indicates that she fully identifies with this universal quest.

The PAINT series shows that she has remained true to herself as a visual artist and that she has gone on a search for the inspiration of great painters from the past. Belkina enters into an artistic dialogue with them and confronts them by creating works of art emanating the style and feel of these artists. In a way, she “borrows” the brushes and eyes of these 19th and 20th century painters she so greatly admires, thereby trying to get as close as possible to them. In this manner, she carefully and meticulously explores the expressive force of her artistic heroes Modigliani, Picasso, Degas, Schiele and Klimt to name but a few. At the same time, Belkina wishes to challenge her own artistry.

She sees a major creative force in the tension and interaction between painter and model. Apart from identifying with her masters - in which she explores her role and being as a visual artist - she also puts herself in the place of the artist’s model, thereby allowing to not only become a spectator, but also a player in this exchange.

Belkina combines her extensive photography skills, the corresponding advanced digital visual techniques as well as her knowledge and skills of painting techniques in such a way that she has created a visual language that is entirely her own. In this interplay, her actual presence in the image itself invokes a tension that gives the work magic authenticity. 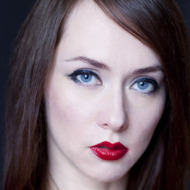