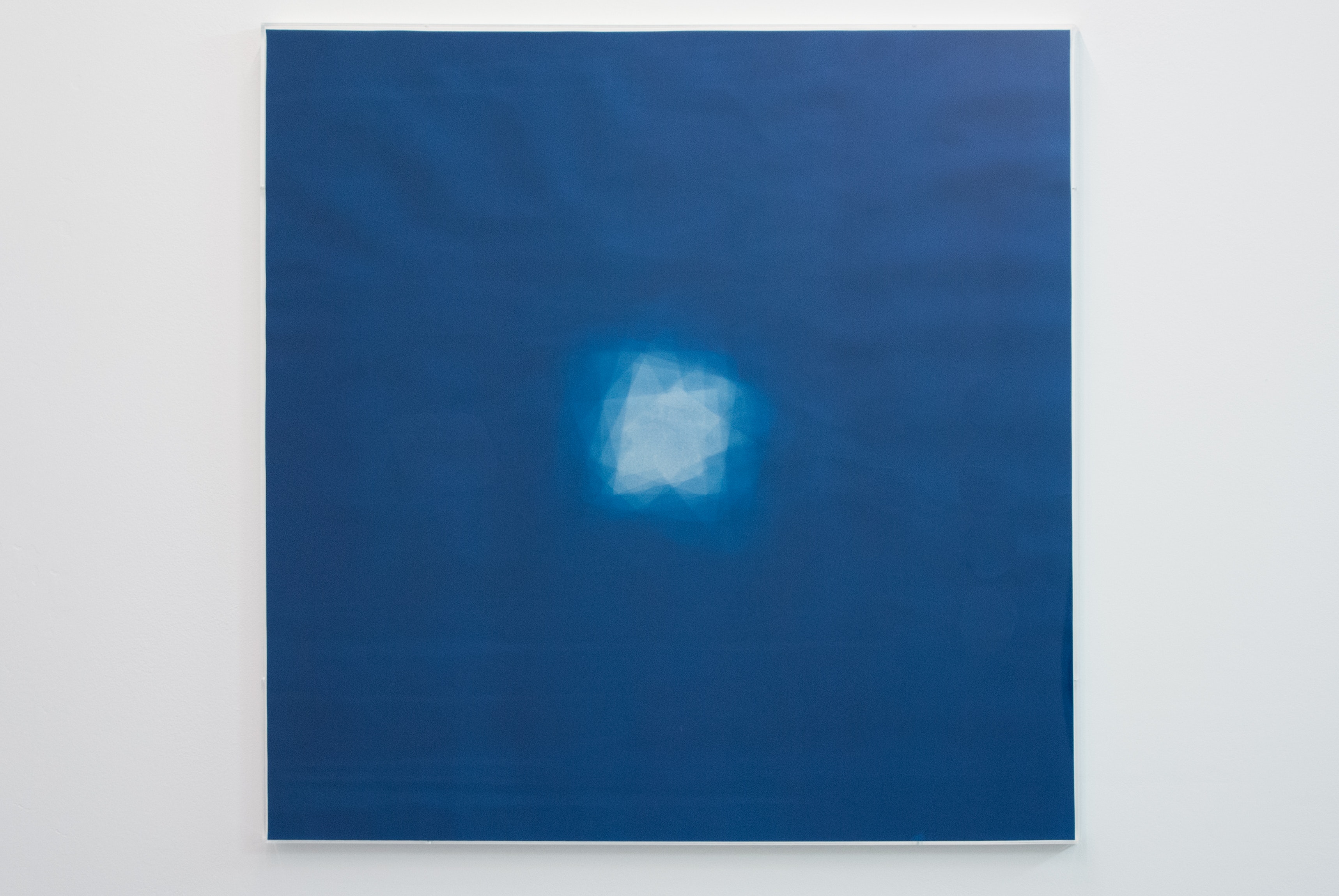 Made by placing photo-chemically treated paper flat on the earth and exposing it to natural sunlight over several minutes while floating and turning a black square over the center, Floater is like an oversized cyan pixel, wherein an old photographic printing technique calls up the particulate-matter of the digital realm. Cyan is both the chemically-expressed color of the cyanotype process and the artificial color of the oceans of satellite mapping, a la CMYK. The spatial nature of the photo-process itself suggests a collapse of the space between the sun and the paper, the sky and ground. The title Floater also refers to “eye floaters,” which are shapes in a person’s vision that seem to float away when the person tries to look directly at them, caused by gel-like fluid in the eye itself. 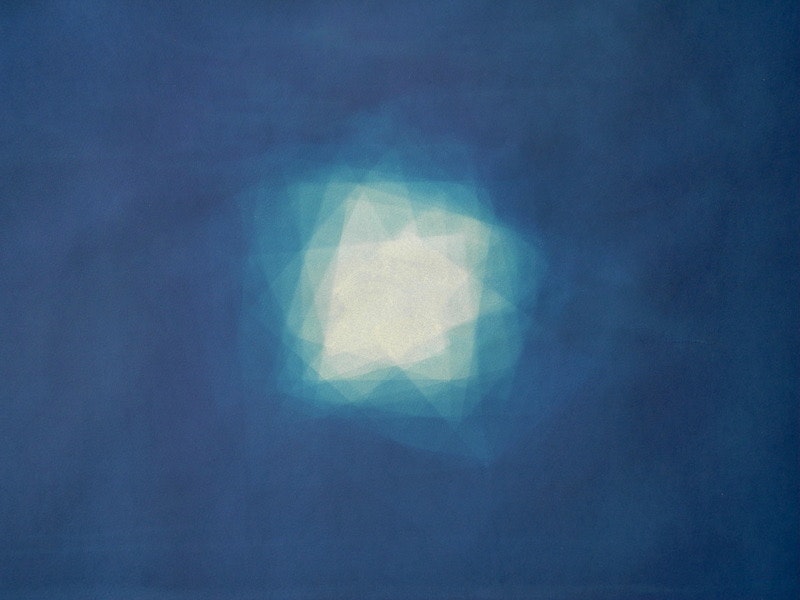 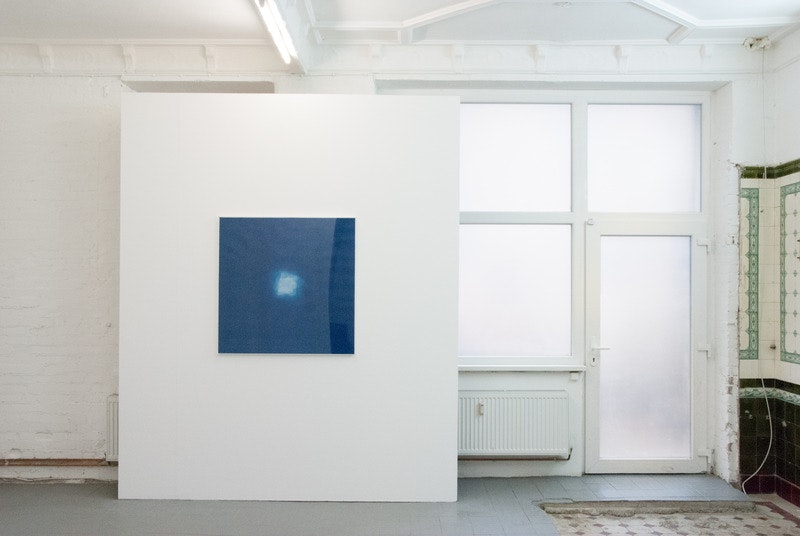 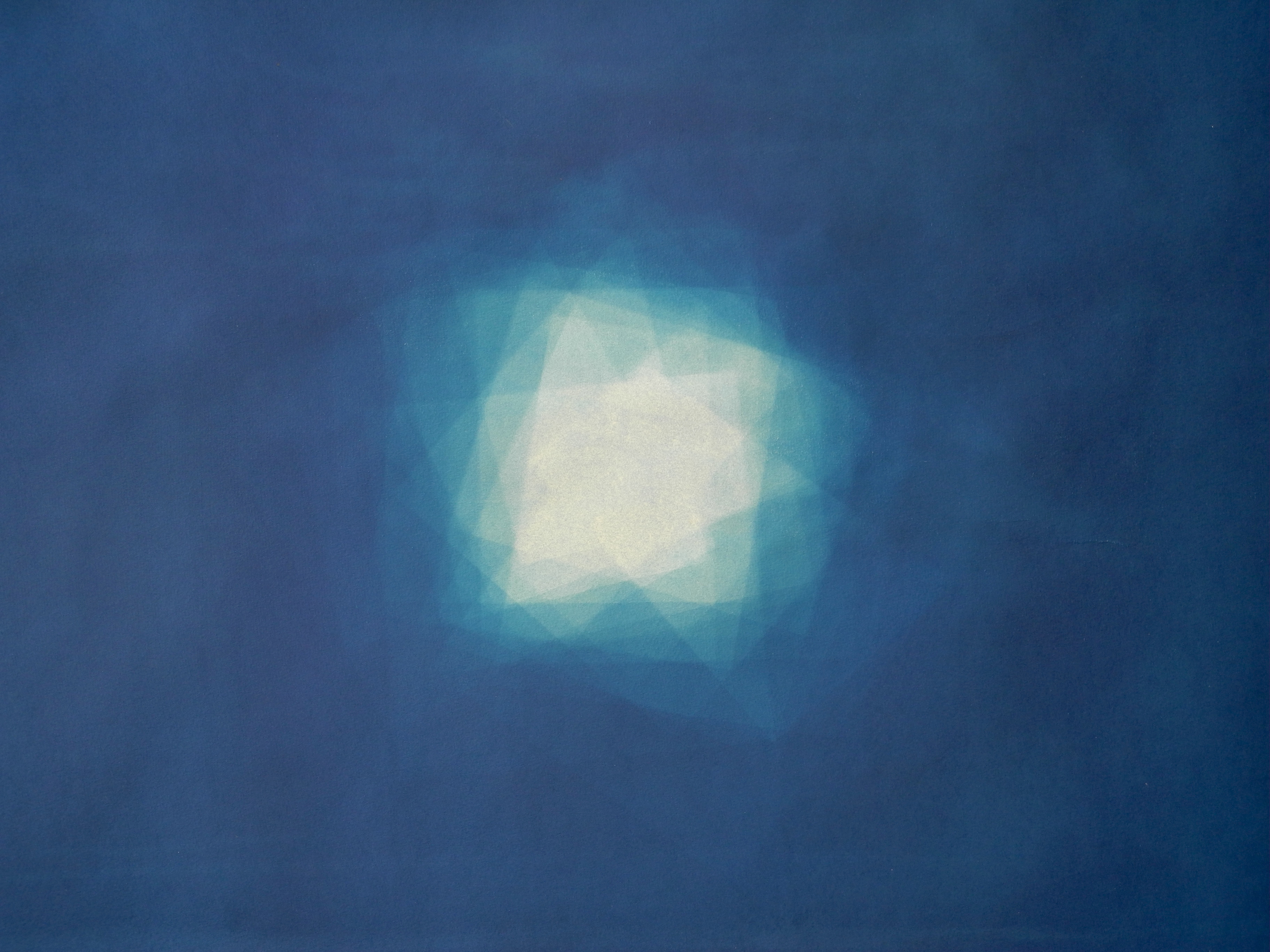