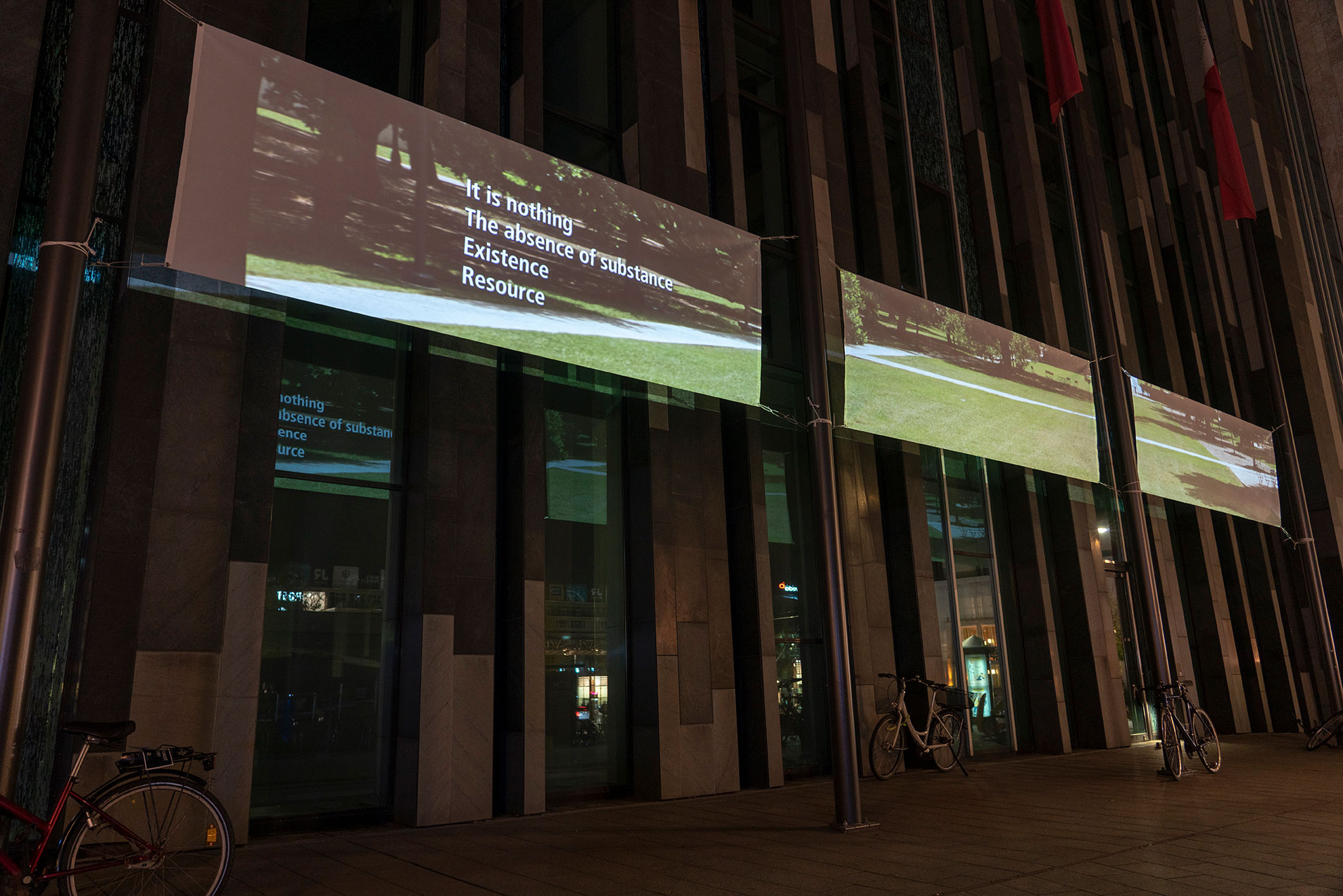 Evolving similarly to a slide-show where the photographies of university campuses taken in the United States are being shown one after the other, the work evokes the physical depth’s dimension in the landscapes’ construction both in a formal and social concern. It takes a look at the communication capacity inherent in the spaces’ structures and the signification it conveys. Does the architecture, land’s design, kilometre-long territory and spread fields disseminate an open space for everyone or the privilege, wealth and exclusivity?

It extends to the spatial construction that has been dominating vision since the Renaissance: the linear perspective. During the Renaissance period the concept of infinity was introduced for the first time in the visual paradigm without being affiliated to divinity. The omnipotence of such composition remains in Field of Depth, where the infinity of depth’s inherent dimension serves as the making of “debt”. Financial debt becomes a power structure. It requires a conformity behaviour by the individual, where it has to consent to the rules made by the institution.

Appearing on the three screens, the text added at the editing is a poetic experiment. It expands upon the paradigms of depth and debt in the landscape as a construction that affects the view of images, the aesthetics and human activities. 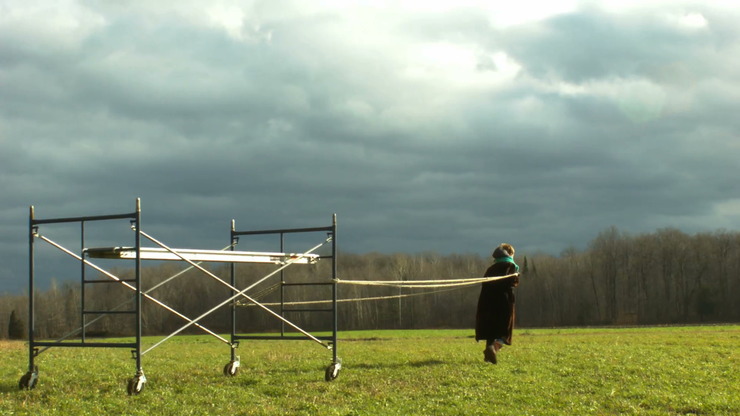