Hailuoto is an island of 200.53 square kilometers with a current permanent population of 989 residents. The islet is growing out of the sea, at a continuous rapid rate of 1cm per year, due to post-glacial rebound. Hailuoto resident Eino Merilä, died on the island in December 2011 and I, a visual artist and curator from Canada, living in Germany, was invited by Hai-Art, the local arts organization, to create a film about him and a large collection that he kept on his property. Memories and images were recorded on the Finnish islet at the beginning of December 2012, addressing issues of preservation, environmental activism, communication and community in the Bothnian Bay. 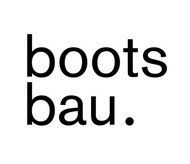