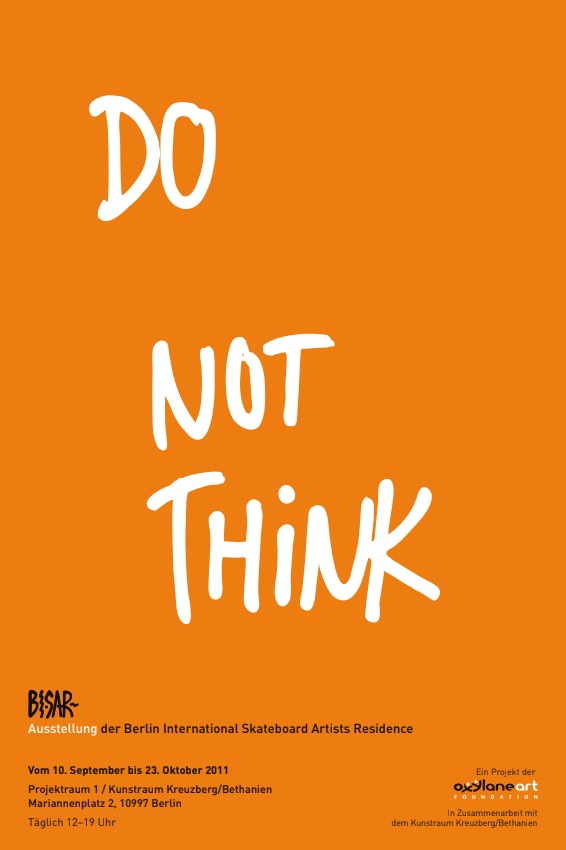 DO NOT THINK is the exposition that follows on the BISAR (Berlin International Skateboard Artists Residence) project.
The project brought together a polyhedral group of six European artists between January and July, 2011 at the Kunstraum Kreuzberg/Bethanien.
The aim of this approach is to encourage mutual influences and the emergence of special synergies around a common subject: skateboarding. Between April and July, 2011 a cycle of conferences and weekly events made visible the poetic, educational, recreational, sociological and athletic aspects of a practice that has innumerable dimensions – also giving Berliners “insider” access and highlighting the richness and diversity of the discipline. Whether as object, tool, concept, or sometimes as pretext, the skateboard has often been the centre of attention, and from these varied points of view, from these encounters, have emerged the works now being shown as part of the exposition DO NOT THINK.