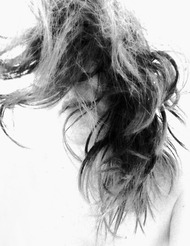 Stephanie Neumann, born in Berlin Volkspark Friedrichshain, grew up as an urban native. After her apprenticeship as photographer and her studies in Digital Media she worked as a concept developer at agencies in Berlin, Frankfurt/Main and New York. She completed her Master’s degree (M.A.) in the field of Human-Computer-Interaction. Stephanie furthermore worked as a lecturer and research scientist at Brandenburg University of Applied Sciences and at the Berlin University of the Arts. Currently she works as a photographer and interaction designer with interest in places, memories and tangible interfaces in between the analog and digital world.