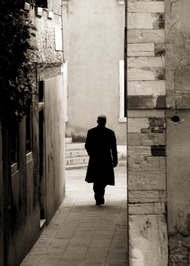 Born in Rome. I live between Berlin and Rome. Founder in 2010 of the Scuola di Fotografia 42mm Arti Fotografiche (School of Photography 42mm Photographic Arts).

My photo Red Rain is on a worldwide distribution as artistic poster by the Image Conscious (http://www.imageconscious.com/) - California (US).

Personal photographer Lucia Ronchetti - Italian composer . I followed the staging and the production of the operas at Cité de la Musique in Paris, Staatsoper in Berlin, Auditorium in Rome and the Auditorium of RAI Television in Turin.

In October 2014 I exhibited my project "Heute Berlin: The Future of Metropolis" in the Europeran Month of Photography - Berlin