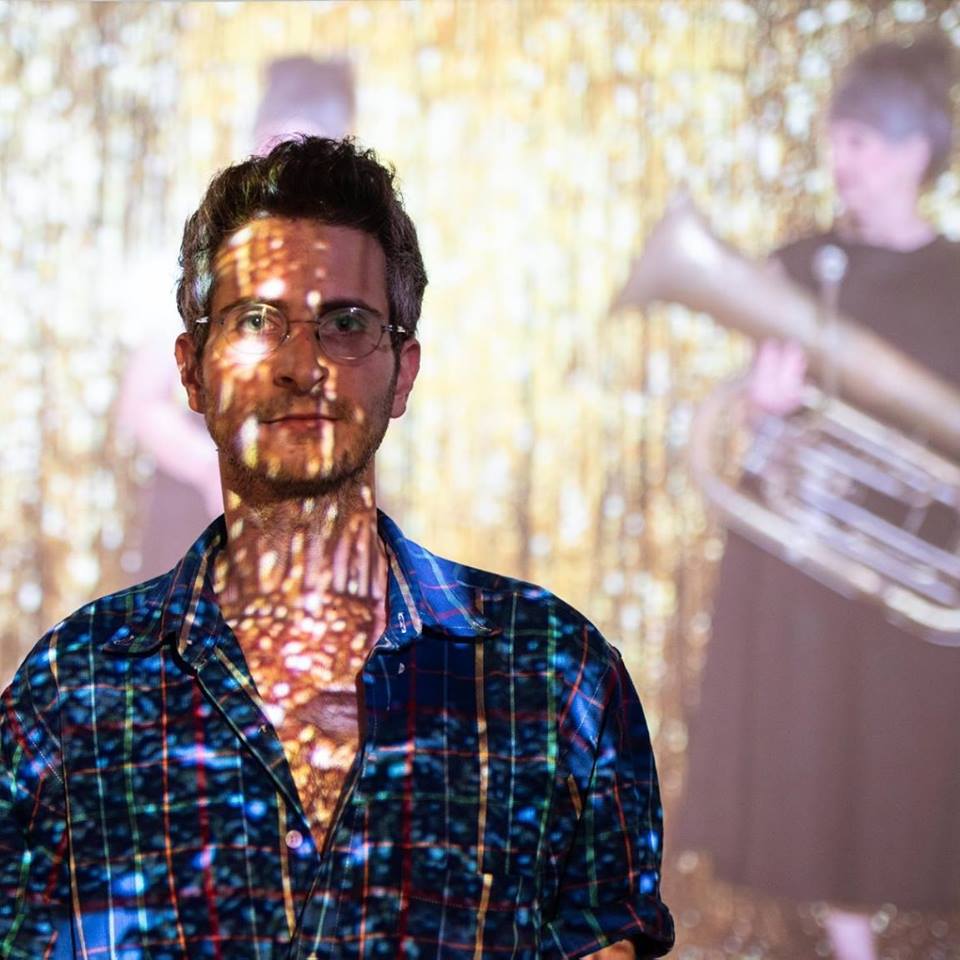 Shir Handelsman is a multidisciplinary artist, born in 1989. He lives and works in Tel Aviv and graduated his BFA studies at the Department of Multidisciplinary Art of Shenkar College in 2018. He specialized in video, sound, drawing, sculpture, and installation. Recipient of Excellence Grant from the America-Israel Cultural Foundation, 2018.

Shir began his professional career as a musician, a saxophone player, and performer. He participated in various ensembles and jazz orchestras and composed music for theater productions. After completing his military service as an Excelling Musician (2010), Shir began his BA studies in literature and philosophy at Tel Aviv University, which he graduated with honors (2013).

In his works, Shir explores the relations between sound and visual images by using human encounters and situations, which become surreal and absurd. He creates damaged sound machines, visual disturbances, and manipulations on the image, in order to expose the disruptions that exist in intimate human relations. His works have been exhibited in Kunsthal Charlottenborg gallery (Denmark), Aesthetica Short Film Festival (UK), Jerusalem Film Festival (Israel) , Video Art & Experimental Film Festival (New York, USA) and more.