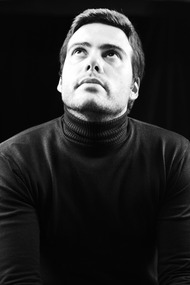 A perfect chaos and an eternal conundrum. That´s how Ricardo Reis describes the world and eight years ago he found a way to finally fit in. Photography became his own extension ever since. He gained his knowledge of theory and techniques at IPF (Portuguese Institute of Photography) and through several researches and experiments. An internship at the most selling journal in the country opened his path and soon he began to see his work published in countless magazines and other journals. The desire of expanding his line of work led him to a present time where he is now a photographer that holds in his CV album covers, concerts, fashion shows and participations in short feature films and music videos as a cinematographer. A fraction of his images have already been exhibited in and out of Portugal and awards have been given to his art.
At 33, Ricardo Reis is still longing to capture devastating war zone images and to pursue a solid career in cinema.