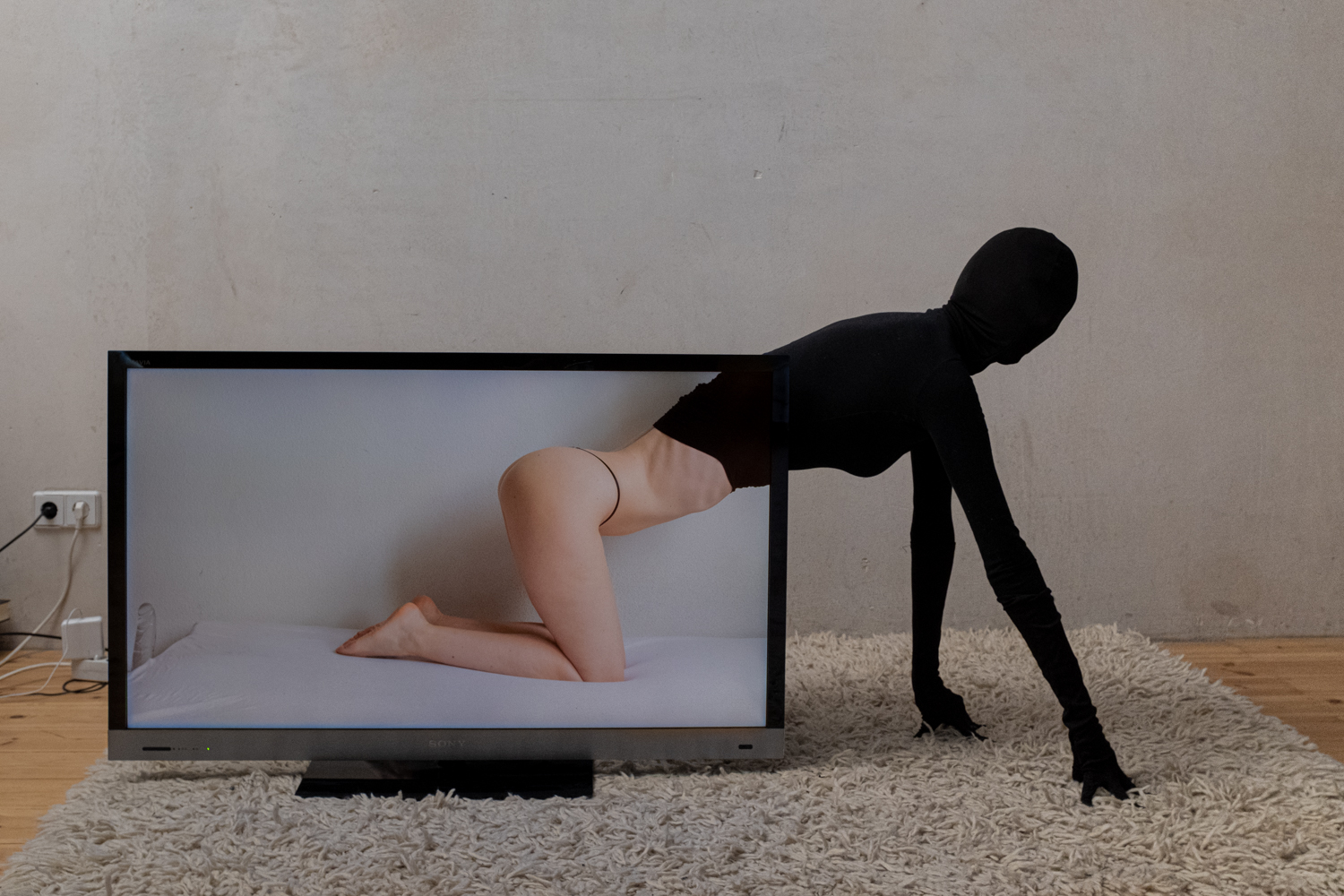 Red Rubber Road is a collaborative and performative body of work by the photographic duo AnaHell and Nathalie Dreier. This ongoing series of self-portraits documents their long-standing relationship via visual narratives that lend insight into the artists' reveries. Having established an intimate friendship at the age of twelve, they succeeded in consistently coming together throughout the years to document their corporeal changes and evolving desires, despite at times living oceans apart. After working together on various projects, they began to integrate expressions of role play into their photographs, which inspired a shift in identities and formed the foundation of Red Rubber Road in 2015. These images portray both photographers in a powerful embrace of the unusual and the carnal, mixing into each other and their surroundings while never entirely revealing their identities. In this way, the focus is not on the protagonists as individuals, but rather on the creation of new, common entities and identities. By interacting and merging with one another, the collective use their bodies to explore the intimate, the surreal, the passage of time and the boundaries of the self within relationships – the stages in close bonding where entities mingle to the point that their existences blur and their own borders disappear.