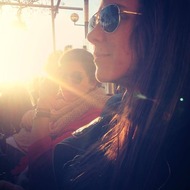 I have worked as editor on films, shorts, music videos and more.
I edited the documentaries “The Piano: An Odyssey” (Selected in Manhattan Film Festival), “Keep it Real: Banksy NYC” (Selected in Cannes Film Festival).
During two years in New York I also managed to be the Production Manager of "This Is Love", a short film selected in Long Island International Expo in 2013.

I have produced and collaborated on different projects such as “Espacio Guía” (social and environment issues in Gran Canaria, Spain) for which I made the short documentary called “Mitos y Realidades” (“Myth and Reality”).
I also collaborated with the non-governmental organization called “Zerca y Lejos” helping them develop internal videos for the company's investors. I have previously worked in the production department at Ogilvy & Mather, Barcelona, and at Telson
in Madrid, where I vastly increased my knowledge and experience about different kinds of video and digitalization.