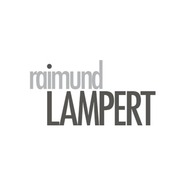 Raimund Lampert was born in Munich, where he studied computer science and sound engineering, and began his career in software development for media companies. The artistic and creative approach always played an important role in his life, as a counterpart to business and technology.
First expressed in music and composition for both film and theatre, creativity and search for means of expression took him to painting and digital art. The interaction of computer technology and human creativity in music and painting is now his core theme.

In 2009 Lampert sold his shares of a media software company - led to international success by him in the previous years - and devoted himself exclusively to painting and digital art. His works have found great interest from the very beginning, and to date, numerous paintings and prints have been sold worldwide.
Raimund Lampert signs his works with the first three letters of his name: RAI.