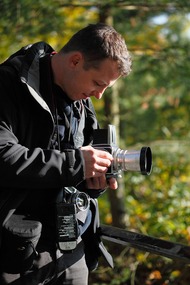 I am an accomplished photographer, filmaker and producer.

I lived in London for 9 years and worked as a freelance photographer with commissions from BBC, Royksoop, Gotan Project, Emiliana Torrini, Storm Model agency, national culture institutions and leading magazines within the UK.

In 2009 I co-produced with Polish Cultural Institute in London a project entitled “London Creatives: Polish Roots” which was hosted by the Museum of London and was exhibited in various galleries.

In last 2 years I followed Professor Bauman around Europe and produced a documentary about this journey. http://beinghumanthesedays.com/

I now live in Berlin.