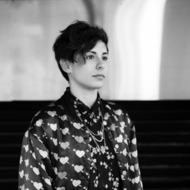 Paula Faraco (Brazil 1985), photographer, lived and worked for 10 years in Berlin. For a year, she has been dividing herself between the German capital and the city of Rio de Janeiro. She graduated in photography from Ostkreuz Schule für Fotografie, in Berlin (2013), and she holds a bachelor's degree in journalism from UniverCidade, Rio de Janeiro (2007). The photographer participated in group exhibitions in Berlin, Stockholm, Kuala Lumpur and Stuttgart; and collaborated in magazines such as A5 Zine, Der Maulkorb, Nin Magazine and Esthetic Pure. Faraco was selected for residency programs in Iceland and Finland.

Paula’s work focuses on storytelling: reports on gender, feminism, sexuality and freedom. She seeks the subjectivity of those who are in front of her - usually friends or acquaintances, a circle of close people, a community, a collective. She explores the banal and the daily in her composition by expanding micro-narratives which distance themselves from only concerning the people directly involved and acquiring metonymic contours. Faraco visually narrates a time, a generation, a way of thinking, a way of being in the world.
The intimate and highly personal photographs come from a deep immersion in her origins and through self-portraits she dialogues with the exposure of the self in the media circuits and problematizes contemporary times.