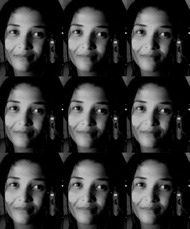 Nici Brückner was born and grew up in East Berlin in the 70’s.
She exited East Germany in 1982 and relocated to Tasmania/Australian on the other side of the world. There she completed a Bachelor of Fine Arts Degree at the University of Tasmania.
This degree opened up the Arts world and she worked with the well known design team Dinosaur Design in Sydney. She would later open up her own jewellery design studio and spend her next 10 years working in the Arts and Fashion world as well as owning a fashion boutique, while raising 3 children.
In 2008 she attended the International Film school on the Gold Coast of Australia and has worked in the film industry since. She is writing, producing, directing and has worked on a number of film productions, Short, Kids TV Pilot, Music Videos and Feature Films. Nici currently lives with her family in Berlin and is writing and producing her own short and feature films as well as collaborating with other filmmakers.