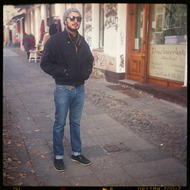 Nehemias Colindres was born and raised in Los Angeles. A 1st generation Salvadorian-American, Colindres and his family frequently moved throughout the city, in-between a number of diverse neighborhoods. The experience of being exposed to a rich cultural childhood played a major influence on his artistic sensibilities.

Colindres studied film at Brooks Institute of Photography where he wrote and directed “Jornada Al Norte,” It was heavily praised for it’s poignant view on immigration.

For the past four years Colindres has been working on music videos and commercials he recently penned his first feature and currently lives in Berlin, Germany.