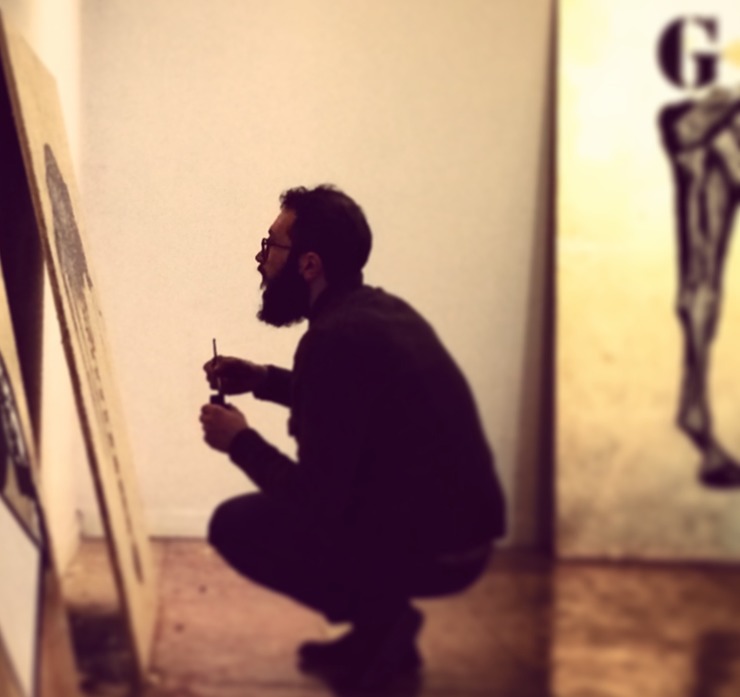 Navid Azimi Sajadi was born in Tehran, Iran 1982. He gained a bachelor of art in painting from Tehran Art and Architecture University in 2005. The same year he moved to Rome. In Italy he has graduated from Accademia di Belli Arti di Roma, in 2009. He was awarded the Amedeo Modigliani Foundation prize in year 2009. He gained his Master of Fine Art in Multi Media Sculpture in year 2013 from Accademia di Belle Arti di Roma, and in the same year He has been invited to the 9th Shanghai Biennale . Since 2014 he has worked extensively as an artist with organisations in Iran, Italy and Turkey. He currently resides in Rome.