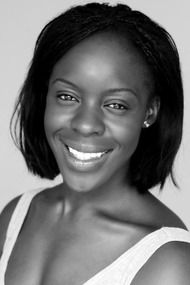 Choreographer, dancer and writer Rachael Nanyonjo attended the Brit School for Performing Arts where she studied Dance and went on to graduate from Roehampton University with a BA Honours in Dance Studies. In 2012 Rachael gained her Masters in choreography from Middlesex University. Rachael works as a choreographer, dancer, teacher / media creative. As a writer and media creative she has worked for BBC London, Sky Arts, Roundhouse and has been a writer for londondance.com since 2010.

Rachael formed Kansaze Dance Theatre in 2011 with the aim of creating innovative contemporary dance physical theatre that responds to socio-cultural themes through collaborating with different art forms such as film, text, music and visual arts.