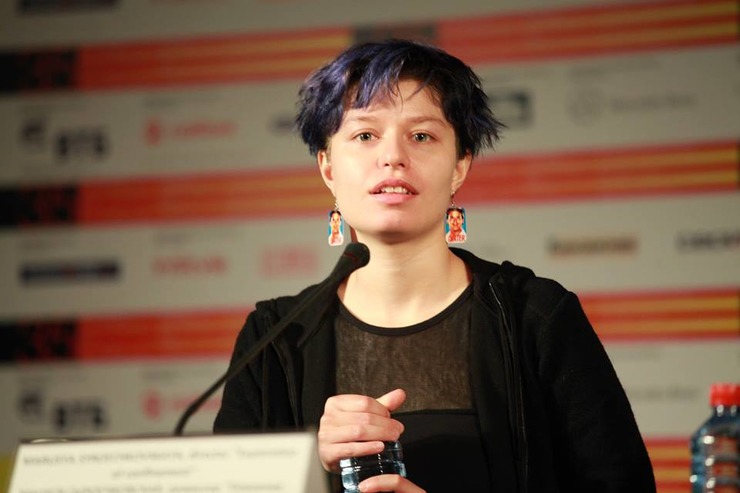 Marusya Syroechkovskaya (b.1989) is a visual artist originally from Moscow, Russia, currently lives in Berlin, Germany.
Marusya studied documentary filmmaking at the School for Documentary Film and Documentary Theatre in Moscow under professor Marina Razbezhkina in 2008 and received her Master’s in Film Directing from the Department of Filmmaking at the Institute of Contemporary Art in Moscow in 2014.

Marusya is a member of the Russian Documentary Guild (RGDoc).