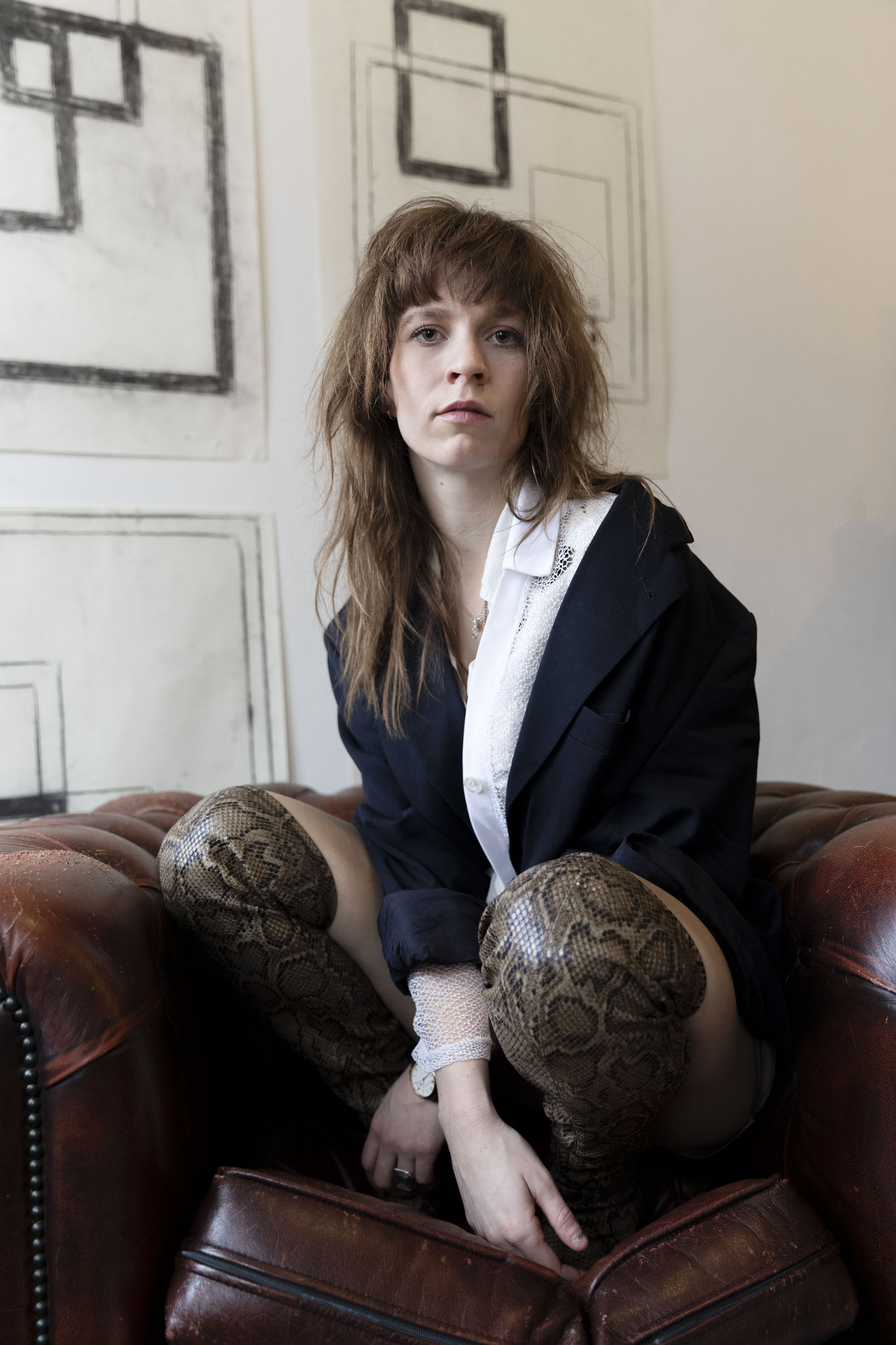 Laury Hooghuis (1993) is an Amsterdam-based artist/director. She graduated in Film Studies at the University of Amsterdam in 2018, specialized in transcendental experience in film. In those years she has gained experience on various film sets, both professional and passion projects. After that she took these experiences with her to focus on her vision as an autonomous director at the Fine Art Department at the Art Academy in Arnhem.
Now she is reshaping film to an emotional layer to take the audience to the next level. Characteristic of her work is the layering, which she exposes through intriguing images that make the viewer aware of their own feelings and emotions. Concepts or ideas are translated into an elusive atmosphere, so that the viewer questions universal beliefs. Characteristic of Hooghuis’ work are the images’ strong visual style and the space created for the viewer’s own interpretation. For this sensory experience, sound in her film enables the viewer to make the world she creates feel more than is visible.
This approach can be seen in her work process, where she works intuitively. She observes, analyzes and shapes what she perceives at that moment. She merges the resulting cinematic elements into a whole and thereby goes beyond the protocols of "how it should be".