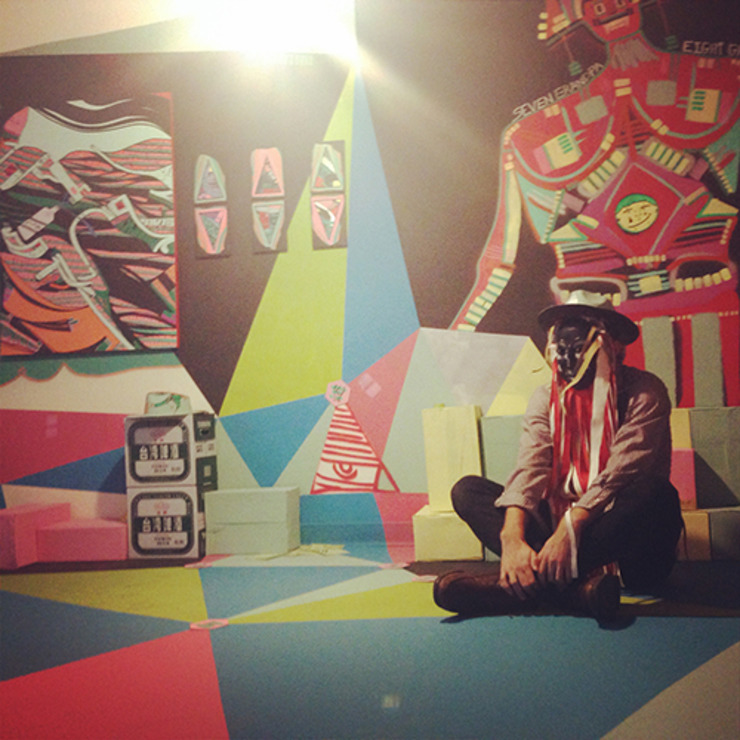 LALA EATS LALA formally known as Zachary Widgren is an avant-garde underground artist hailing from the Smokey Mountains of Knoxville, Tennessee USA. His art work is deeply detailed, often involving words, symbols, and other hidden imagery throughout the work. The pieces visually reference psychedelic counter culture from the 60’s taken further. The subtle qualities mixed with his attention to detail make for strange yet strangely seductive work. Known for being prolific and working in a variety of media he has certainly produced powerfully unique artwork throughout his career.
He is currently based in Taipei, Taiwan where he is working on a variety of projects with local and other foreign artist. Last year he was featured in Milk Magazine a Hong Kong based magazine for his paintings and illustrations. As well as also featured and interviewed in Collectif lifestyle magazine from Belgium for his side project By The Way The Bird Flies. As his popularity has grown so has his international patronage. In the future he sees himself working to grow and explore the international art community while maintaining a effort to always keep a constant stream of interesting projects in progress. Currently he is traveling Europe and Asia i working on finishing an new art book titled Seven Years Bad Luck.