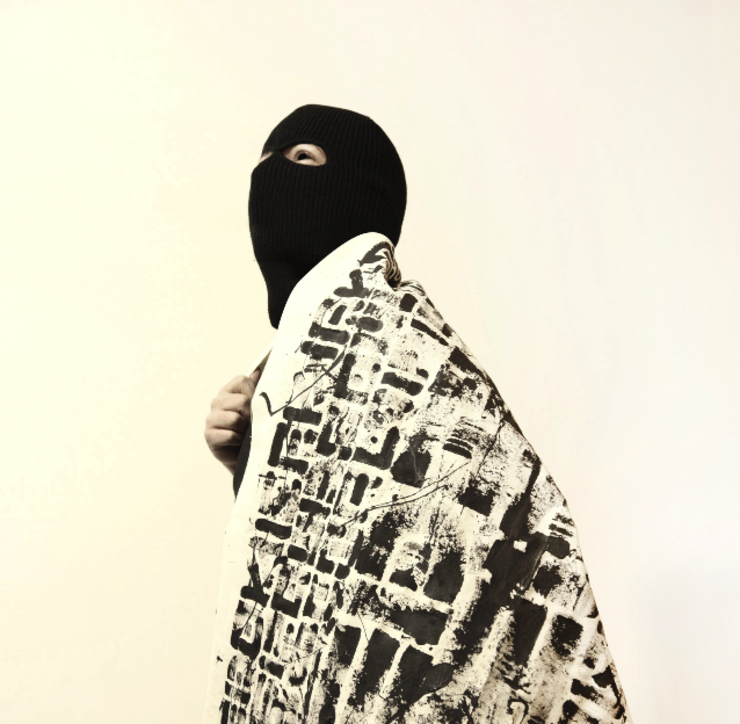 His creative flame was firstly spread as a graffiti artist in the urban environment in the early 2000s. He studied fine and applied arts in Athens (2009), which led him in a new rapprochement of his primary visual language and art practice. The peculiarity of The Kranks work is the stringent black-and-white aesthetics as well as the iconicity of indecipherable hieroglyphs, fragments of letters, newly arranged words black on white and white on black. His riotous gesture in combination with his influences of the abstract expressionism art movement became his personal signature in his paintings. Based on his concept ideas he enriches his visual storytelling by adapting different mediums into his work such as fabrics, cardboards, woods and plastic, creating bold installations both indoors and outdoors.

The artist regards himself as a seismograph of society and articulates social grievances and group psychological phenomena in his works. His ideology revolves around conscience and humanity. Through his provocative projects, he tries to develop an ethical state within the complex structure of modern life, aiming to gain a deeper understanding of the true essence of reality. It is his duty to capture the most sincere interpretation of the world by opening up a dialogue for alternative visions with a focus on social responsibility.