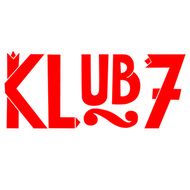 The german, in Berlin and Halle (Saale) based artist and design collective KLUB7 is creating murals, customizations and illustrations since over a decade throughout the world. Together they developed a collective trademark style that combines the diverse backgrounds of the six members. Their graphically works abstracting urban art, Pop Art, Comic and other elements of pop culture on paper, wood, textile and walls.

KLUB7 originated from the acquainted graffiti-scene in Germany in the mid 90s and was founded in 1998. When some of the members moved to Berlin and opened a studio in Friedrichshain in 2009 their presence in the urban-art-metropolis was cemented.