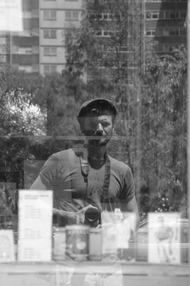 Maxime Carsel was born in 1977. Following his studies of the sciences, he traveled to South America to film the fight of the indigenous Sarayaku against an oil concession. Upon his return to France, he continued to focus on society as a whole and went on to produce several reports in different parts of the world.
In 2012, he followed the political leader of the French socialist party for six months to make a 52 minute documentary film.
He is self-taught and has now put down his video camera to try his hand at photography. Considering himself as a picture maker, he fell in love with Melbourne and Berlin and shares his feelings for the two places in his exhibition.