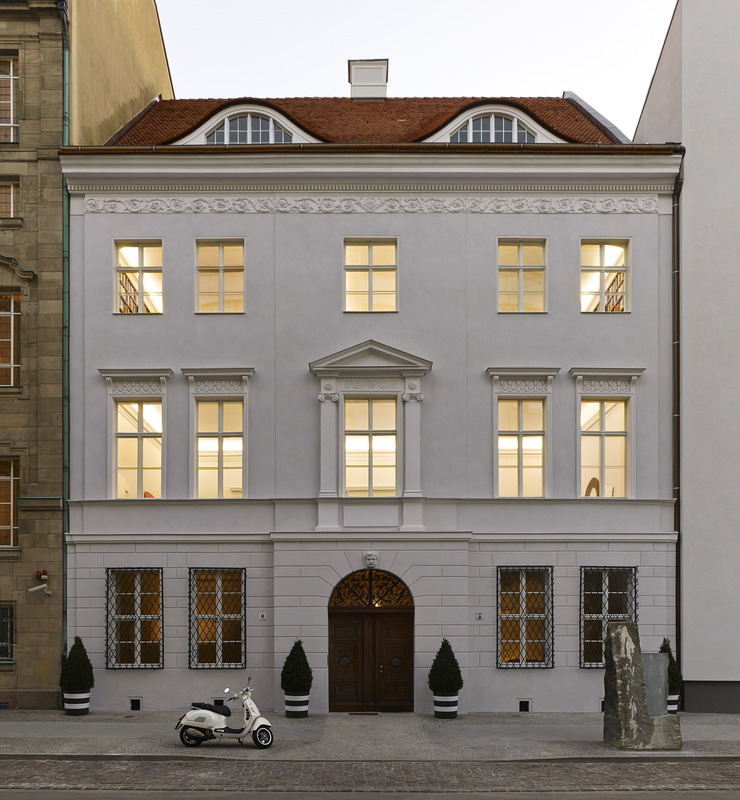 KEWENIG was founded in 1986 as Jule Kewenig Galerie, based in Haus Bitz in Frechen near Cologne. After more than 25 years in the Rhineland the gallery is now located in Berlin. In September 2013, KEWENIG inaugurated the new gallery building in Brüderstrasse 10, the second oldest town house of Berlin on the south side of the museum island. The building’s late baroque style is complimented by the gallery’s display rooms and warehouse–an historic electric power transformation substation in Berlin-Moabit. In 2004, a second gallery was opened in a 13th century chapel in Palma de Mallorca. KEWENIG focuses on international contemporary art since the 1960s, in which the artistic dialogue between various generations and cultures plays a significant role.