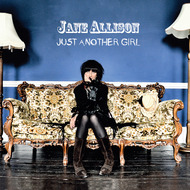 Welsh singer songwriter and actress Jane Allison Stanness has traveled a few different highways in her music career, from her early years in musical theatre to singing and recording with psychedelic folksters Childe Roland in the early 90's , then finding success with post punk band KarmaDeva throughout Europe with their album Disgrace. Musicaly Jane has now come home to roost with her own folky blend of Americana with well crafted, simple and catchy songs
As well as her music Jane has a successful acting and writing career, recently seen as Biddy Ritherfoot in the award winning TV series "Hunderby" by Julia Davis, as Sheena in the Simon Pegg movie "A Fantastic Fear Of Everything", as Karen Pole in "Nighty Night" and in the All Over My Glasses episode of "Human Remains".
Jane also has a writing credits for both series of the award winning BBC cult comedy series Nighty Night, creating one of the lead characters, the long suffering Cath Cole.