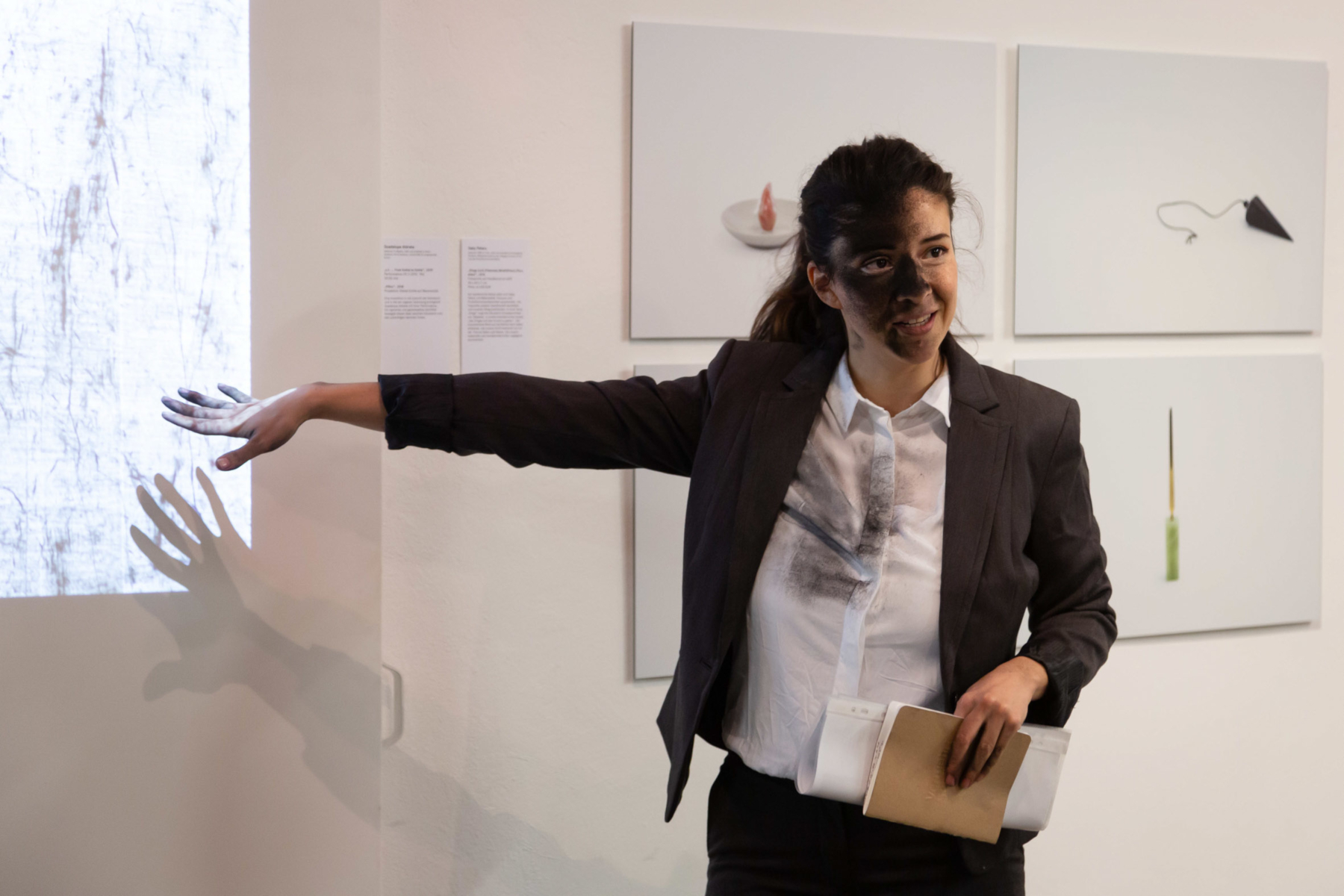 Guadalupe Aldrete, formerly known as Lala Nomada, is a Mexican multidisciplinary artist based in Vienna.
Her work focuses on exploring methods to capture images which relate intimately to her past and present. Although autobiographic, her work is not about herself but about an individual that represent a bigger group of people undergoing similar issues. Her artworks result from processes involving various visual media, which are sometimes performed in front of an audience, captured on images or shown as part of installations whose purpose is to prompt the audience to interact.

Her work has been presented internationally in solo and in collaboration projects. She has participated in art events such as the inauguration of the Museum for Modern and Contemporary Art in Rijeka (HR), "18. Pancevo Biennale" (RS), "Valleta 2018" (MT), "UP ON" (CN), "Mothers' Tongue" (FI), "CREATURE Live Art" (LT), "Arizona Between Nosotros" (US), "Crossover" (DE), "Dugtungan" (PH), "Blauverschiebung" (DE) and "Performing Sciences" (DE) among others.