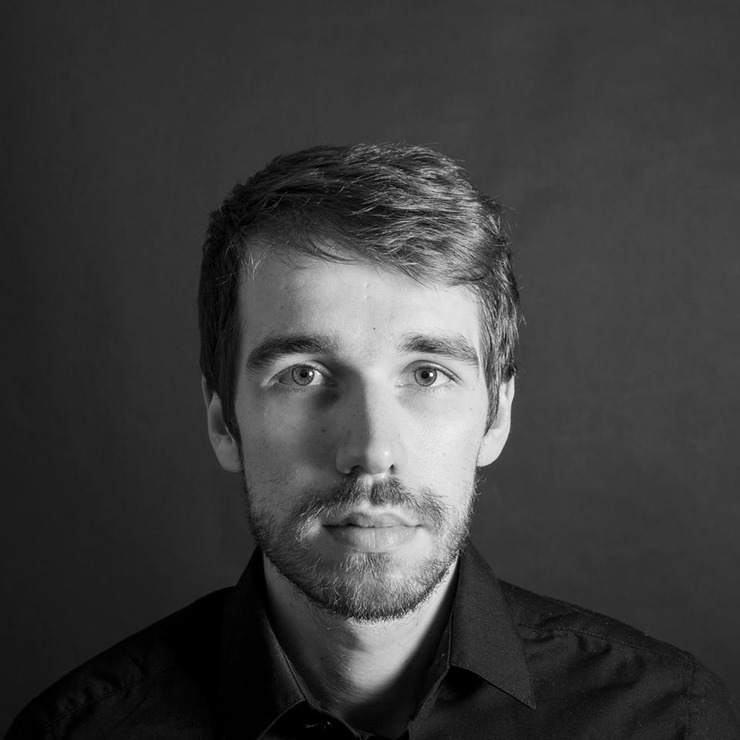 Goran Sidjimovski is a Berlin-based knitwear designer with affinity for experimenting with structures and yarns. His work is strongly influenced by theoretical concepts, meanings and words interpretation, and tries to push the boundaries of what knitting can be.

During his fashion design studies, he spent an exchange semester at the Centre For Superior Fashion Design in Madrid and won the 2016 DAAD Prize for outstanding achievements by foreign students on German universities. He graduated at the University of Applied Sciences in Berlin in September 2017 and during his placement year interned at the leading flat-knitting machine manufacturer company Stoll. With his graduate collection “Liminial Lines” he was awarded with a DAAD Scholarship and was selected as 1 of 6 graduates worldwide by the Textile Museum - Textiellab in Tilburg, The Netherlands, to work on a collaborative knit project