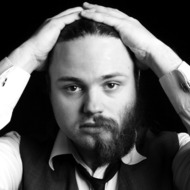 Gunnar Karel was born in Reykjavik, Iceland in 1984. He started studying music at an early age and has played a diverse range of instruments.
As a composer Gunnar mainly focuses on chamber music as he finds that his music gets the attention it deserves in smaller setups.
Besides his composing he has been making his mark as concert producer. He founded the Sonic festival in Copenhagen with Filip C. de Melo in 2012. He is also one of the curators for the Peripheriberry concert series in Reykjavik.

Gunnar is a member of DKF, the theater group 16 elskendur and S.L.Á.T.U.R.