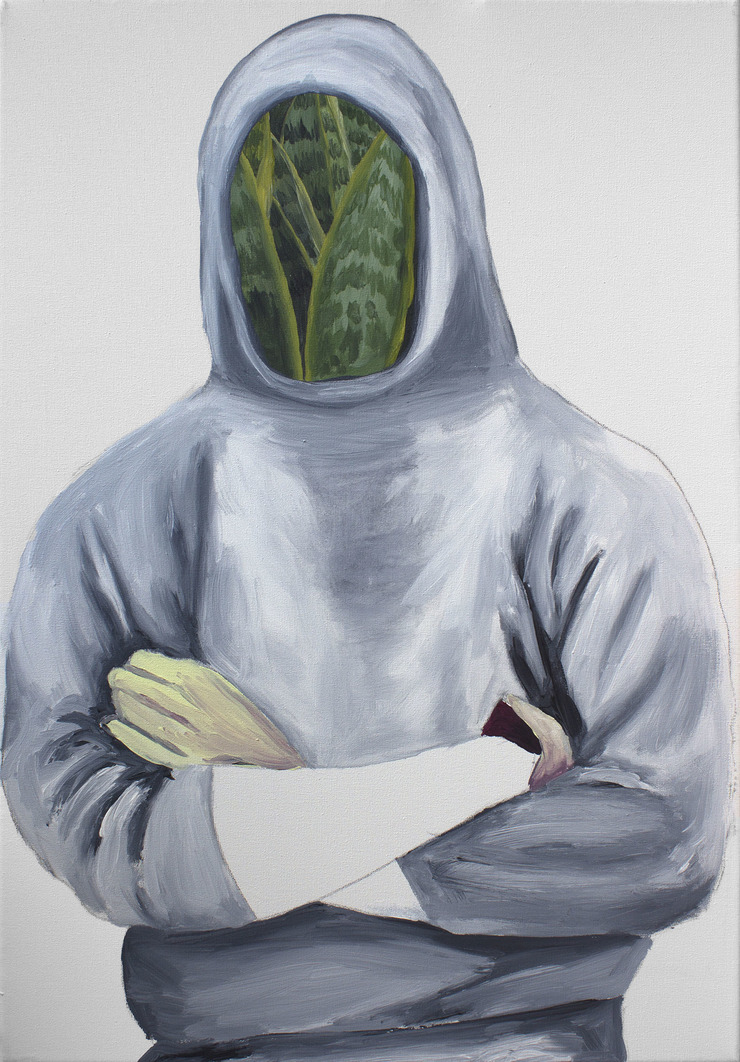 Gabriel is a Brazilian visual artist now based in Berlin, Germany. He completed his studies in Visual Arts from Campinas State University in 2003. Today his work has been shown in several exhibitions both in Brazil and abroad.

A fan of everything Kitsch, he uses this style to transform his and our reality. By using vivid colours and portraying trite characters in destabilized environments, Gabriel forces us to review our definition of 'normal’. His work is the outcome of the conflict between the information that he collects and assimilates along with his personal memory.

By collecting an image in a random, fragmented and anonymous process, a total de-contextualization takes place, leading him to a conscious and intentional generalization in the creation of his work. To fill the gap of unawareness, he uses stereotypes in his representations. The resulting paintings flirt with the surreal and far-fetched.