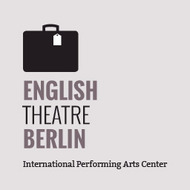 We consciously use theater and performance as living, discursive forms to bring artists and audiences into conversation with each other about our shared city and the greater world we live in.

Our 2014 project 25 Jahre Mauerfall or: How I Learned to Stop Worrying and Love the Ossis/Wessis is generously funded by the Stiftung Deutsche Klassenlotterie Berlin.