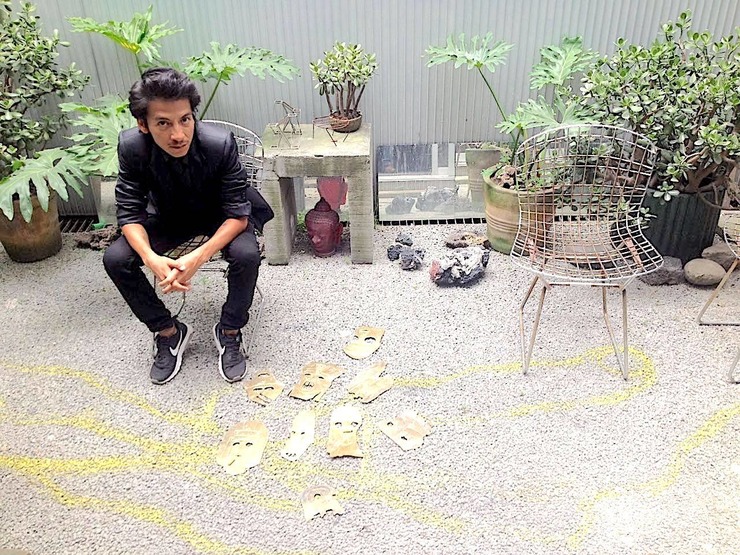 Eder Castillo (b. 1977, Tlalnepantla, México)
Mexican autodidactic visual artist. whose work focuses on socio-cultural research and art in the public space. His projects aim for an interaction between non-traditional audiences and art. Castillo has received fellow from the International Artistic Residencies Program FONCA-CONACYT 2012-2013, the Young Creators Program of FONCA 2010-2011, the Special Supports Program FONCA 2010 and the Program to Support Production and Research in Art and Media 2006-2007 of the Multimedia Center-CNA. He was invited to participated in the Residence Program of the Historic Center Foundation of Mexico City AC in 2017; the Tabacalera Estancias Residence Program for Iberoamerican Curators by the Ministry of Culture of Spain in 2015; and an Artistic Residence of the Gilberto Alzate Avendaño Foundation (Colombia) in 2012.
Castillo has been a Jury Member of the Program to Encourage Creation and Artistic Development by the Secretary of Culture of CDMX (2017-2018), a Jury member of the Contest "Del Plano al Cubo" by the Cultural Office of Spain in Mexico (2011), and a Jury Member of the International Festival of Electronic Arts and Video "Inquieta Imagen" by the Museum of Contemporary Art and Design of Costa Rica (2010). His work has been shown in Spain, Switzerland, Italy, Slovenia, Sweden, Poland, Indonesia, Japon, Egypt, South Afrika, USA, Costa Rica, El Salvador, Guatemala, Puerto Rico, Colombia, Brasil, Argentina, Ecuador, México, among others.